What is your opinion of Meghan Markle’s story about when she was leaving the UK and the pilot kneeled down before her, took off his hat and thanked her for all the service she did for the country? What service is she talking about? …

What is your opinion of Meghan Markle’s story about when she was leaving the UK and the pilot kneeled down before her, took off his hat and thanked her for all the service she did for the country? What service is she talking about? 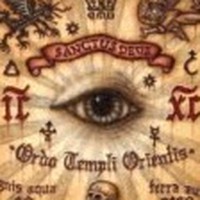 She is an actress – Did you, in the light of the litany of lies she has provably told to date – expect her to tell the truth?

The sad thing about all of this is the way it plays to Harry’s genetic mental health issues and self obsession and the sad pack of lies invented about Diana to fit Harry’s narrative, covering up for his temper tantrums and his never having grown out of his childhood problems.

Seeing Diana exploited so blatantly, to suit the Harry & Meghan fantasies, is sad – You will note almost their entire fan base are too young or too detached to have known/experienced the days of Diana.

Even Harry can have very little real memory of Diana – think back to when you were 10 & what your mother did or did not do now you are 30 years on!

Diana, through her staff, security & police, over a period built close relationships with the media and frequently tipped them off, so that they could get the photographs SHE wanted.

Those who have listened to the false narrative that she was hounded by the media – Do remember that Harry was only 2 when his Father admits to have recommenced his sexual relationship with the then married Camilla & his parent’s marriage was over.

Diana died in a motor accident with a dunk driver, driving at very high speed whilst neither Diana or her boyfriend with whom she was intermittently living and or holidaying – chose not to obey the law and use seatbelts! Harry was only 12 and had no relationship with his Mother & her boyfriend of the moment, he was in Scotland with his Father and Grandparents.

Were you at boarding school and spending much of ones holidays in different countries to one’s Mother 30 years ago I wonder what YOUR memories would be of the press!

Many children sadly lose a parent, including privileged & wealthy children

Do be minded just how closely Diana CHOSE to work with the media -IF you have any doubt study her relationship with Andrew Morton even Bashir.

Then consider, by looking through the photos on line, just how few pictures of her in full profile there are – she assisted her chosen paparatzzi, as shown by the camera angles, she did everything to co-operate to ensure the size of her nose never became apparent.

look closely at the distance from the bridge of her nose to her tear duct, to realise why she gave that alluring upward glance to her right and avoided full profile pictures!

In real terms Harry’s memories of his mother are understandably limited. Just as his own personal mental health problems preclude his understanding of his jealousy of his older brother and unfair/childish expectations of perfection on the part of his Father!

Charles never had much experience of normality in his childhood and like his children was far from bright and very short fused! Little wonder Harry is so ready to criticise him when he didn’t get as indulged as he wished!