Despite Attacks on Royalty & Britain
Betrayal & Treachery
From Status to Indignity & Obscurity!

Despite 6 hours of cleverly edited fairy story designed to damage Harry’s family, the British Monarchy and Britain itself, it is clear to date they haven’t landed a single blow corroborated by any kind of reliable third party witness – Their entire charade comes across as a self serving pack of lies and tells us all a great deal about just how vile they are, and just how understandable are the reactions of those they seem to seek to damage.

I would postulate that even Netflix are embarrassed by the whole dishonest debacle, I note that although they commissioned a 6 part docu/drama they have realised it so totally lacks credible evidence and is staggeringly boring in its one sided, self indulgence, bound up in the trivia of a staggeringly boring couple, they have condensed the 6 episodes to two, so that they can move on and recoup their losses with something of interest that can sustain 6 separate episodes – rather than 6 episodes of watching a particularly toxic paint dry, all dashed off in two goes!

Anton Kearns
UrbanistDec 5
Are Meghan and Harry being slowly phased out by the American top society?

Actually, those two were never ‘phased in’! From the moment of their arrival, they were never welcomed with open arms in any of the top social societies, to which Markle aspired, thinking her princely husband and his titles alone would guarantee entree.

Sure, their PR has organised their presence here and there – the speech at the UN to an almost empty plenary hall. Or at the Intrepid Veterans’ Day dinner – both in NYC. And both were flops – inciting mostly raised eyebrows and even derision.

They were not even invited to Barack Obama’s 60th birthday, with 500 or so others of the US’s creme de la creme – at least from the Democratic side of politics. And they weren’t invited to the celebrity-riddled Met Gala this year either. So no ‘phased in’ at either of those events!

Now you might say, ‘well those things were on the East Coast – far away from Montecito where they live. And you would be right!

But they didn’t even score an invitation to the Academy Awards this year! And Hollywood is ‘just down road’ by comparison to Martha’s Vineyard and NYC! And Markle has some limited experience as a actor – though of the small screen – and clearly, not a very good one! But even that did not help – and probably hindered.

So what went wrong with their transition from Royal Palaces in the UK, to top shelf of US society on both coasts!

They did! They neither look nor act ‘Royal’ for starters!

From the moment they hit the US after Megxit – their decidedly un-Royal whining began – confirming what people already knew from trans-Atlantic whispers – that they were both badly-dressed up trash! Not really Royal at all, in the sense that most people would expect. But rather, just trumped-up, over-entitled hoi-polloi. And their appearance on Oprah just confirmed it! 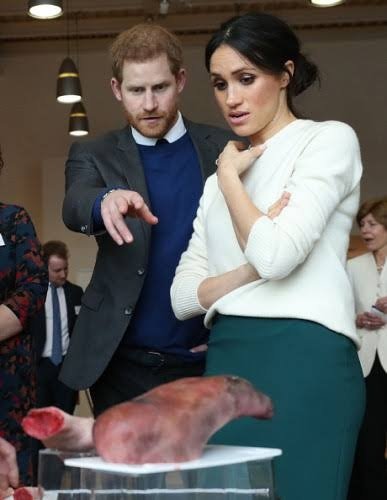 After all, why would anyone Royal, let alone anyone even half-decent, bare their souls, via Oprah’s open-mouthed chat format, to the entire world? And that probably sealed their fates. Trashing the respected British Royal Family from the safety of the US, via a chat show MegaMouth, was definitely not a good look. ‘Top society’ people avoid publicity like the plague, rather inviting it ! But not these two! 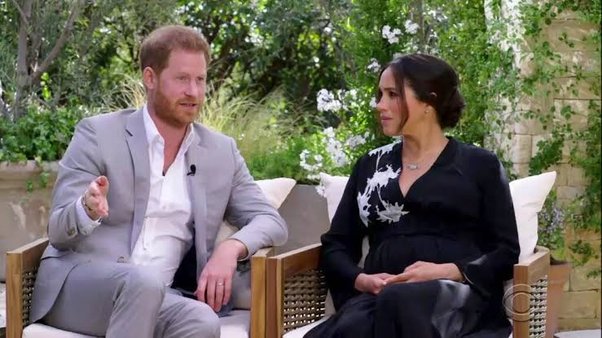 And it’s been all downhill from there. The deaths of Harry’s two grandparents – one who was the Monarch of 16 countries – just re-enforced what an awful pair they are, in the aftermath of each event. Especially Harry, who saw neither of his grandparents before their deaths.

And now comes the Netflix doco-series and Harry’s ‘Spare’ little memoir – each of which carries high expectations of further tawdry and miserable revelations, that will again stretch credulity. The trailer is already a sight to behold! Over-acted, over-staged and over and out! 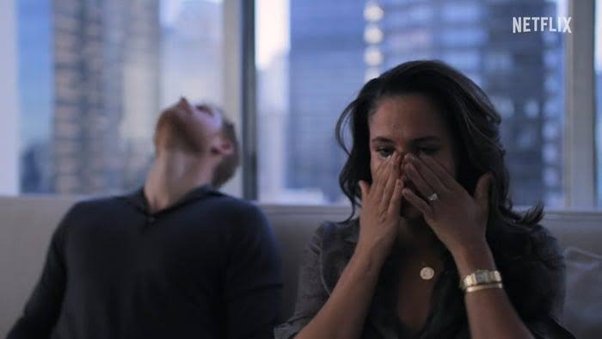 So that’s the long way to answering the question – why any rich, famous and/or powerful people – the ‘top of US society’ – would either admire or trust them enough, to want to be in their company? And especially, when they have nothing ‘Royal’ to offer, as the above pics so amply demonstrate!

These people take one look at Harry and Meghan and see they would have nothing to gain, and very much to loose, by being anywhere near them.

Markle never could tell the difference between Royalty and celebrity – and turns out – she’s neither! Poor Harry! Only himself to blame…