The Clear Indifference to Democracy of The EU. 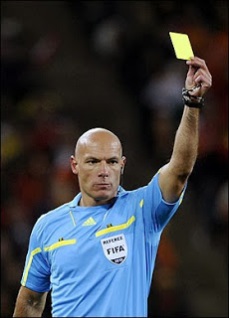 The European Commission has just been shown its second ever ‘yellow card’. Remember, this is the provision introduced by the Lisbon Treaty, stating that if one third or more national parliaments object to an EU proposal on subsidiarity grounds (within an eight week window), then the Commission has to reconsider the proposal. In theory, the Commission can choose to ignore parliaments (one of our long-standing criticisms of the mechanisms). However, in fairness, the last time the yellow card was issued – in the case of the so-called ‘Monti II’ Regulation on the right to strike – the Commission did scrap the thing.

According to the Lisbon Treaty, the establishment of the EPPO requires unanimity, and the UK would have sought to opt out, but that also means that other EU countries could have pressed ahead with this without Britain.

So the move is still significant for a few reasons:

The ball is now in the European Commission’s court. It will take quite a bit of nerve to ignore 15 more or less democratically elected chambers (*ehum*) in Europe….

To which I felt it appropriate to add the following comment:

it is interesting to note that in the one instance where a majority of countries issued the nearest they can to a veto, that has been processed, the EU Commission displayed their contermpt for democracy and ignored them.

Little wonder the EU is increasingly hated across the EU.

Do note the EU has NEVER had a clear vote in its favour from its electorate!

The EU is thus nothing more than an unelected evil committee dictatorship bringing hatred & misery and serves no purpose for thwe people, as it rubber stamps the orders, laws & dictates of such as the WTO, CODEX, UN, IMF, G20, Davos & similar.

It is time to end this obscene, profligate & corrupt body that has brought such misery, division and discord to so many ie. Greece, Spain, Italy, UK, Ireland & others.

Let us hope that the British Government; as elected, of whatever colour or stripe; has the integrity and fundamental belief in democracy to offer the peoples of these United Kingdoms a simple and clear Referendum, equally funded on all sides without spin lies and propaganda from any political party. 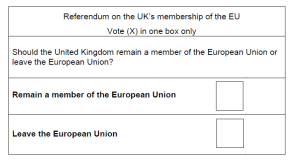 Without concern or interest in the effect or for the opinions of other Countries unfortunate enough to be vassals of the EU. It is long overdue that Britain democratically and fairly repatriated its sovereignty and dissassociated itself from the obscenely costly, profligate, undemocratic and corrupt EU.

This is not merely about the massive costs and transfers of money whichever way they may be spun to seem but about the dignity and value of democracy and sovereignty.

As vassals of the EU Britain is no more ethically placed than a slave be that in a comfortable or a cruel household or regime is a matter of insignificance in moral terms.

We note the British Government has offered such a vote to Scotland in isolation not concerned at the damage such a devolution might bring to the other members of the EU!

. Re-TWEET my Twitterings
& Publicise My Blogs
To Spread The Facts World Wide
of
OUR-ENEMY-WITHIN
&
To Leave-The-EU

3 thoughts on “The Clear Indifference to Democracy of The EU”