Roe-vs-Wade granted liberty & choice to women
& the dignity to be in command of their own bodies,
life & health,
NOT Slaves to Evil Laws … 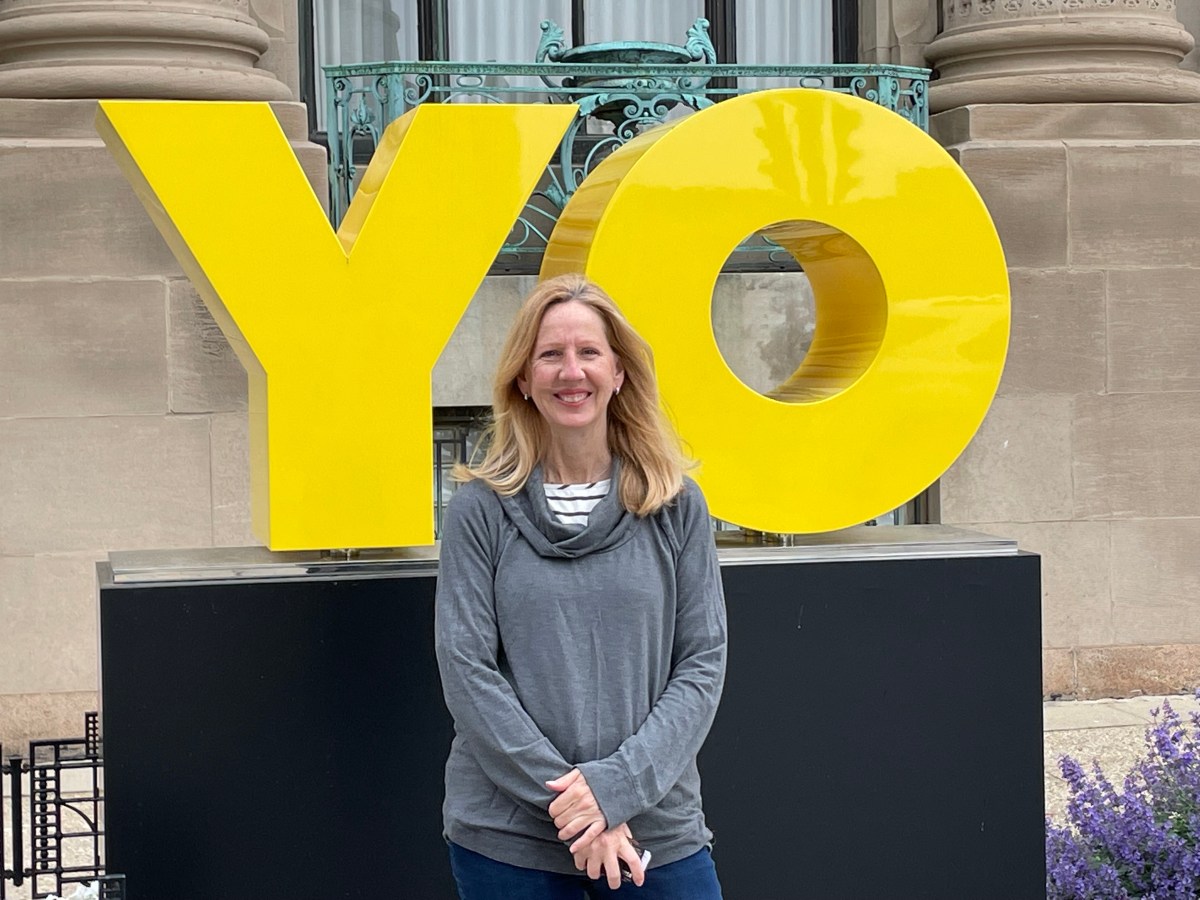 At first, the staff at the Planned Parenthood in Baltimore said I couldn’t stay with my friend while she sat in the waiting room, and they asked me to leave. I explained that she had flown from Texas after being denied an abortion there. Hearing the words Texas and denied, the staff empathized and let me stay with her. Having an abortion is a lonely experience, but with the insult of draconian laws like the one in Texas the journey is harder and the experience more solitary. So she and I idled together in the waiting room, not speaking but surveying the young women scattered around the drab, wide space with no family, no friends, no partners by their side. The mood and setting felt inescapably punishing in their isolation and silence.

It was December 1 last year, and the irony wasn’t lost on either of us that while she would be having her abortion, the Supreme Court would be hearing arguments in Dobbs v. Jackson Women’s Health Organization, the case testing the validity of Mississippi’s ban on abortions after 15 weeks of pregnancy. The Texas law prohibits abortion after six weeks, created a vigilante system of enforcement, and has effectively banned the procedure in the nation’s second-most-populous state.

Before this, my friend and I weren’t particularly close. Our careers had crossed paths, and she didn’t have a person who could fly to a legal abortion state (get used to that phrase) to be with her. I waited for her for six hours. The longer I sat, the more outraged I became. She had had to fly across the country for a medical procedure that should not only be legal in every state but also should be readily available. Sitting there, I decided that I could no longer keep silent about my own abortion. My silence has, in its small way, helped stigmatize abortion in this country. But more importantly, silence aids an anti-abortion opposition that portrays ending a pregnancy as something that happens to women who are conned by an abortion industry rather than as freethinking mothers and grandmothers, sisters and daughters. Silence on the part of those of us who have had abortions has, I believe, hurt the pro-choice cause. I cannot abide staying silent as the Supreme Court readies to strip away this fundamental right. As a political consultant, I believe that we must change our tactics to stem our political and legal losses, especially as the fight moves to the 50 state capitals.

I’ve shared the joys, pride, and fear of being a mother to two daughters with all who know me. I’ve shared the story of the miscarriage I had between my girls’ births with family and friends because they knew I was pregnant, and then I wasn’t. What I haven’t shared is the abortion I chose.

I had my abortion when I was 40 and a single mother. Was my silence due to shame? Embarrassment? Believing that it wasn’t anyone’s business? I guess it was all of those things.

I wasn’t raped. My pregnancy was a healthy one. I wasn’t destitute. I was a single mom of two young girls, making it work. My career was in a good place. A partner in a successful media firm, I served on boards and was involved in my community. My life was wonderfully full to the point of spilling a little over the brim. I just didn’t want to be a parent again. I recognize that my being able to afford the abortion puts me on one side of a widening chasm.

The truth—my truth—is that my life is so much better for having had that abortion. It allowed me to focus on my two daughters, my career, and my life. I don’t regret my decision, and I’ll never apologize for it to those who would like to dictate what women can and cannot do. But I do regret my years of silence and not sharing my decision with other women who might have felt less alone.

In deciding to go public, I look to the trajectory of the gay rights or gay liberation movement of the 1970s and ’80s. Forty-four years ago, Harvey Milk implored gay men and women to “come out to your parents, to your friends, to your neighbors, to your fellow workers, to the people who work where you eat and shop. Break down the myths. Destroy the lies and distortions. For your sake. For their sake.” A member of the San Francisco Board of Supervisors—and later assassinated—Milk knew that it would be hard for people to hate, fear, and condemn gay men and women they knew and loved. Right now, the abortion rights movement needs such radical candor. What followed the gay surge in coming out may be the most radical shift in social attitudes since World War II, and maybe ever, as LGBTQ persons, while facing continuing hurdles legal and otherwise, now live in a world where marriage equality is an American right.

Those of us who are pro-choice have swallowed the over-polled language that abortion should be “safe, legal, and rare,” but we should have focused on the first two. No one delights in abortion or sees it as a form of regular birth control. But rare, a term that was chosen to emphasize that abortion is a decision of considerable gravity, has unintentionally implied shame where there shouldn’t be any. Likewise, pro-choice supporters who have spent a career in politics, as I have, have unfortunately focused too much on attacking those who would criminalize abortion even in cases of rape, incest, or the health of the mother. This has tacitly implied that most abortions, including mine, were somehow unworthy. We basically said to women, “If your abortion wasn’t for one of these reasons, it’s not legitimate.”

Remaining silent about why most women want an abortion—it’s the wrong time in their life or career or health—makes it seem like we have something for which apologies are required.

Opponents of legal abortion often portray women as being without agency, which is why, generally, they oppose legal sanctions for women who undergo the procedure, focusing on the “abortionist.” But women are autonomous, both in body and mind. And the decisions we make are ours. Most women who have abortions are already parents or will become parents in the future. Choosing to become a parent—twice—is the biggest and best pair of life decisions I have made. But choosing against parenthood also ranks pretty high up there. The ability and legal right to have made both decisions feels inalienable. If you respect the decision I made to have children, you should respect my decision against it, too, because it was my abortion and I won’t apologize for it just to appease those who see a fetus as a child when most Americans have nuanced views of when life begins and support Roe v. Wade.  It impacted no one else. My abortion didn’t raise your taxes. It didn’t shoot someone. It didn’t give anyone COVID-19.

Some people argue that with safe haven laws in place, there’s no reason why women shouldn’t just carry an unwanted pregnancy to term and give the child up for adoption. Justice Amy Coney Barrett has pressed this point, and Kate McKinnon lampooned it on Saturday Night Live, saying, “Just do the nine.” I think about how carrying a child to term would have applied to my unwanted pregnancy. I would have had to tell my young children, “Don’t get excited, Mommy’s giving the baby up for adoption.” I would have had to tell my professional colleagues that no congratulations were in order: “I’m not keeping it.” Everyone who knew me would have known about my intimate personal decisions. And with open adoptions being more the norm these days, there would have been a strong likelihood that this decision would have reverberated long into my future. But it’s not the telling that’s the most onerous. It’s the expectation that women should carry a child to term that they don’t want and thus endure health risks that are greater than having an abortion.

Women have come so far in the past 50 years. We can choose any profession, buy our own home, secure our own credit, invest our money, and run for office—but without the right to choose how, when, and if we become a parent, the other freedoms are decidedly less so.

As I have shared my abortion story, I am in awe of the untold stories I’ve heard from courageous women who have chosen abortion, before and after 1973. Every story is different, personal, and none of my business. But by making our abortion stories everyone’s business, we starve the punishing politicians and policy makers of the shame they want women and physicians to feel.

I recognize that not every woman can come forward with her abortion story, but I hope that those who can will. As Meera Shah, a physician and the chief medical officer of Planned Parenthood, said in her book You’re the Only One I’ve Told, “everyone knows and loves someone who has had an abortion.”

A positive thing that came out of that December day in Baltimore was being with my friend so she wasn’t alone. I was alone when I underwent mine—not just physically alone, but also alone in my head. When I was diagnosed with breast cancer later in life, I was fortunate to have a support group of women who had been through it—women I leaned on for counsel and love. I want to be here for women who need abortions and need a friend before or after it. I feel liberated by sharing the story of my abortion. Instead of it being a secret, it just feels like part of my life story, one that I don’t feel ashamed to acknowledge.

NB:
in the interest of accuracy material in the main text in blue was written by someone other than myself.