Sacrificing Our Children to the extreme Left-Wing WOKE Ideology … 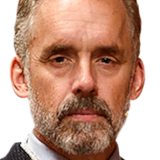 There is good evidence that many ancient societies sacrificed children to their gods. Parents in ancient Phoenician colonies in Carthage, Sicily, Sardinia and Malta slew their offspring prior to cremating them, hoping that the gods would hear their voices and bless them.

We are rightly appalled by this, though sometimes I wonder whether we understand child sacrifice far more than we’d like to admit.

I saw a video the other day featuring an American surgeon bragging that he had performed more than 3,000 double mastectomies on young women who had paid for gender reassignment, individuals confused – one might say encouraged – by those who profit from it into believing that their adolescent emotional trials can be ‘cured’, and happiness reign forever, if they subject themselves to this brutal practice.

And it is brutal – a process that often includes not only the aforementioned mastectomies but other appalling surgical processes: orchiectomy (that’s castration, in blunter language), the removal of the uterus, the demolition of the musculature of the forearm to make what is not a penis but must be referred to as such – all of that.

For someone purporting to be a physician to perform this on children, to me at least, seems like something worthy of a prison sentence.

Whatever happened to the doctrine expressed by the ancient language as primum non nocere – first, do no harm?

The Hippocratic Oath has been replaced by a delusion: a belief that can be summarised as ‘by blocking the puberty of children, and then surgically altering them, we are only restoring what is theirs by right. A child’s feelings are the final arbiters of their reproductive destiny, and any attempt to contest their gender identity risks increasing their proclivity for suicide’.

Psychologists – those in my own personal field of medicine – have also surrendered to this groupthink. The American Psychological Association’s ‘Task Force on Guidelines for Psychological Practice with Transgender and Gender Nonconforming People (TGNC)’ insists that psychologists and other professional counsellors offer “trans-affirmative” care, starting with such niceties as displaying “TGNC-affirmative resources in waiting areas”. Practitioners are also asked to examine “how their language (e.g. use of incorrect pronouns and names) may reinforce the gender binary in overt or subtle and unintentional ways”.

These guidelines first read like a manual of indoctrination written by Marxist ideologues, and second like a document designed to undermine and destroy the practice of therapy itself.

But at an alarming rate these ‘guidelines’ have transformed themselves into punitive laws governing what a psychologist or counsellor may say and think in relation to their clients.

Let me make myself perfectly clear: speaking as a professional, whether in America, Britain, or anywhere, it is not the place of a therapist to “affirm” or, conversely, to deny, the “identity” of anyone whom they take into their care. People come to see a therapist, often after long and painful deliberation, because they are suffering, confused, or both. The job of that therapist is to listen, to question, and proceed with due caution, neither providing cheap advice (and thereby stealing their client’s successes or heaping failure upon them) nor assuming special knowledge of the proper outcome for a given individual.

There is simply no way that I would ever tell an 18-year old woman that she is absolutely correct if sometimes she feels more masculine than feminine (however that feeling might emerge), and that if she feels that surgery is the answer then recommend hormones that day. I would instead spend many weeks, perhaps even months or years, listening to her unwrap her story, using caution as my watchword, and help her come to some thorough and well-developed understanding of both her autobiographical history and her destiny.

That is not “affirmation” and  neither is it “denial.” How could I possibly dare to do either when someone has come to me because they are mixed up and desperate – a state of twinned experience indicating a profound confusion about identity itself?

I am focusing on the American Psychological Association (APA) because it is the body charged with establishing the norms and ideals for clinical practice in the most populous democracy on Earth – principles that will, and are, spreading around the West more broadly, including in Britain. Some of their ‘guidelines’ are appalling enough to deserve dissection:

“Guideline 1. Psychologists understand that gender is a nonbinary construct that allows for a range of gender identities and that a person’s gender identity may not align with sex assigned at birth.”

I don’t understand this radical postmodern definition of gender, one that rests on a person’s “deeply felt” or “inherent sense” of being one sex over another, regardless of biology.

Psychologically it is indisputably the case that a non-trivial proportion of males have a feminine temperament (which essentially means that they experience higher levels of negative emotions such as anxiety and the analogs of pain – grief, frustration, disappointment, depression) and are more agreeable (compassionate/polite) than typical males, and equally true that a non-trivial proportion of females have a masculine temperament. But this does not change how, objectively, professionals should measure a person’s gender.

Psychologists once cared if measurement followed standard practices of validity and reliability. Try reading, for example, a document published by the APA itself in 2014, where you will learn that a psychologist worth their salt is obliged to utilise “constructs” (i.e. terms such as “gender”) in a technically appropriate manner. This means, at the very least, that fundamental attributes must be measurable and measured properly.

But all that goes out the window when we are discussing the magic of “gender” now, which is entirely subjectively defined, even though that insistence indubitably contravenes the earlier standards. But feelings über alles, folks. And it’s no joke. Particularly if you’re 15, and have undergone surgery that makes you incapable of reproducing, often to foster someone else’s sense of moral superiority or sense of self-attributed “compassion”– a word that increasingly makes me shudder when I encounter it.

Psychologists are also now adopting the simple-minded and anything-but-revolutionary doctrine of “intersectionality” without question. And what is that doctrine? Nothing more than the claim that human beings are characterised by identities that span multiple dimensions. Any given person has a race, ethnicity, sex, temperament (five dimensions there alone), intelligence level, etc. We’ve known that forever. It’s only become a hot cultural item since fools noted the obvious fact that minority status might be additive or multiplicative. I hate to even point that out given that anyone with any sense whatsoever also knew, without any statistical training, that it was possible to be of Latino extraction, say (or even ‘LatinX’, to use that absurd, demeaning and patronising term) and female simultaneously.

One cannot question this, however, without fear of being ostracised by one’s colleagues. Note the chilling wording of Guideline 7:

“Psychologists understand the need to promote social change that reduces the negative effects of stigma on the health and well-being of TGNC people.”

In summary: if you’re not an activist (and one of our activists) then you better be watching over your shoulder.

So what should govern my behaviour as a therapist, and your expectations as a client? The answer to that is: whatever the activists deem a priority at their whim. And remember that in court, folks.

I’m increasingly ashamed to be a clinical psychologist given the utter cowardice, spinelessness and apathy that characterises many colleagues and even more so my professional associations. At least in 20 years when we all come to regret this terrible social experiment I will be able to say “I said no when they all came to insist that we participate in the sacrifice of our children.” Other countries, and Britain in particular, must not make the same mistakes as in the US and elsewhere.

I cannot consent to what we are doing. I cannot abide by what have become the doctrines of my discipline. I believe that the acts of the medical ‘professional’ rushing to disfigure, sterilise, and harm young people with what are clearly ill-advised, dangerous, experimental procedures cross the line from ‘do no harm’ to outright harm.

Only if we bury our heads in the sand will sterility, impaired or absent sexual function, complex reactions to poorly understood hormones, expense – and, intermingled with all that, misery and confusion – continue for countless young people. We must address the threat posed to the integrity of the entire education system as indoctrination into the same philosophy that spawned this surgical enterprise and the APA ‘guidelines’ grows. It threatens general public trust that our peace and prosperity depends upon.

And, by the way: it will definitely be the case that a disproportionate number of children “freed” from their gender confusion would have grown up to be physically intact and fully functional gay adults. Need I point out that this unpalatable fact makes a mockery of any claim that the extended alphabet world of the LGBTQ+ coterie constitutes a homogeneous and unified “community.”

We have crossed the line from ideological possession to active malevolence – and we are multiplying our sin (there’s an intersection for you) by attributing our appalling actions to “compassion”. Heaven help us. Truly.