A Background to the tedious Malign Aggression of the Argentine,
towards British Territories in the South Atlantic …

in response to a very ill-informed question from an Argentinian:

“Why have the British stationed so many troops on the Malvinas/Falklands? We (Argentina) are not a threat to anyone. This feels like imperialist aggression, right?“

Let me give a run down on the Falklands garrison and the threat level it has increased to. That should answer your ridiculous question:

Prior to 1964 the garrison of the Falklands was zero, then this happened: 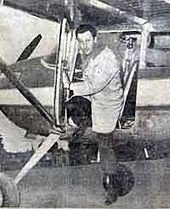 Argentine pilot Miguel Fitzgerald flew his plane to the Falklands, landed illegally in Stanley and started harassing Islanders and putting up posters claiming the islands for Argentina. He returned home a national hero.

Then in September 1966 eighteen armed terrorists from Argentina hijacked a plane, made the pilot divert to Stanley, tried to claim the Falklands for Argentina and install the Governor of Tierra del Fuego (who was on the plane) as Governor, and called on Argentine troops, then in the ocean on exercise, to come and support them. The Captain commanding the Royal Marines and the Police Chief, were taken at gunpoint, and luckily, the locals surrounded the plane and blared music at them until they couldn’t sleep and gave up. They were greeted as national heroes in Argentina. 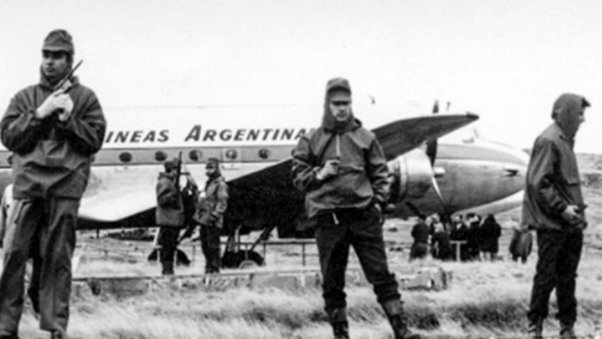 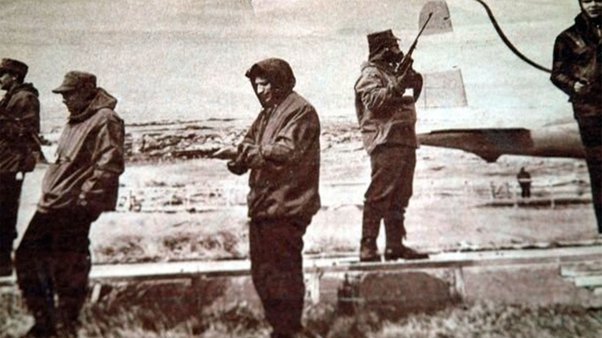 But why stop there? Because just three weeks later the Argentine government sent a submarine, ARA Santiago del Estero to raid the Falklands with 12 Buzo Tactico special forces at Cow Bay, who stayed on the islands for two or three days before returning home. This wasn’t an idiot in a Cessna or some terrorists, but the Argentine military themselves. 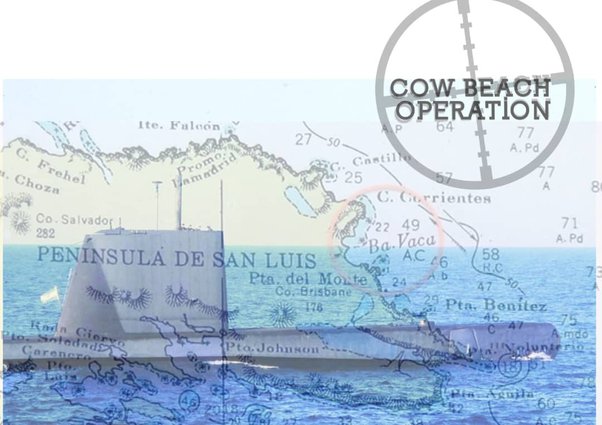 In 1968, just two years later, Miguel Fitzgerald came back, this time in a two engined plane with a reporter and one of the original 1966 Condor Terrorists, in a politically motivated and sponsored stunt to embaras the diplomatic visit of Lord Chalfont to Argentina. This time, the Islanders had placed obstacles on the race course (Stanley had no runway) and Fitzgerald crashed. He was duly returned and denied the victory of an official complaint, but it was obvious Argentina wasn’t giving up. 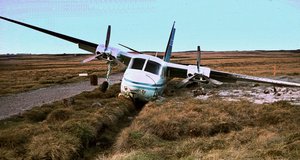 In 1969 the UK offered Argentina to go to the ICJ over the Falklands to resolve the dispute sensibly rather than put up with these threats. Argentina refused, saying it would not recognise the jurisdiction of the court. 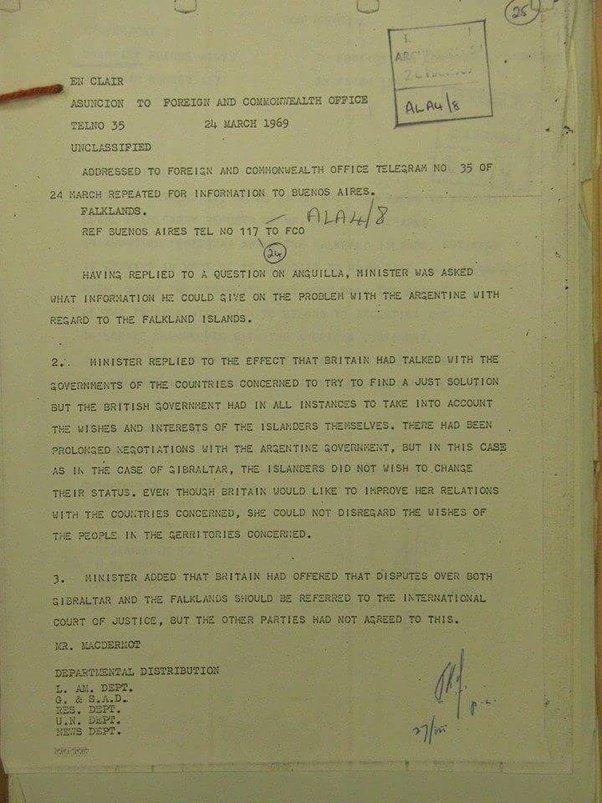 It was obvious that Argentina did not want to actually resolve the issue, but to pull publicity stunts to bully the Falkland Islanders and excite the people at home. Rather than have this, the UK entered into the Communications Agreement with Argentina in 1970 to ease tensions, but it pretty much just let the wolf in the door and encouraged them. Already Argentine ships and planes were bullying, threatening and buzzing Falklands fishing vessels, and then, in 1974, the Argentine Destroyer ARA Almirante Storni opened fire on the unarmed British Polar Research Ship RRS John Biscoe, chasing it and announcing on the radio that it was in “Argentine Waters”. 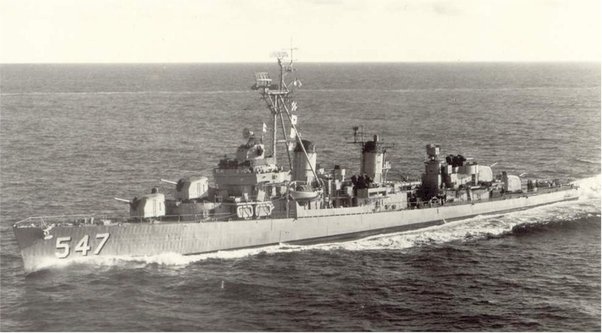 Throughout the late 1970s to 1981 Argentina made very blatant announcements that it would invade the Falklands if it was not given to them, but the population resisted and fought for their rights. During this time, Argentina sent waves of priests to Stanley, who distributed tracts calling the Islanders “sinners” for not being Argentine, and telling them to “Give themselves to God” by which they meant Argentina. The Argentine tourists were worse; shoplifting in Stanley went up by hundreds, if not thousands of per cent, the tourists were noted for public urination and littering, posted “Malvinas Argentinas” slogans over town, and, advised by their government to “try to fraternise with the locals” took it too literally and used to knock on the doors of strangers in town calling on them to come out and fraternise! Worse came when two Argentine teachers, a husband and wife, came to teach the children Spanish. During the holidays, some children who were on a trip to Argentina, paid them a surprise visit, only to find their home adorned with Swastikas and pictures of Adolf Hitler. Meanwhile, Argentina was trying to push a scheme of Falklands children studying in Argentina, but they soon all found themselves being put on TV with a pushy reporter urging them to say that the islands belonged to Argentina. This was fairly frequent.

This time, the UK did not reinforce the garrison, but the threats and signs of an invasion from a hateful and unpleasant neighbour were becoming obvious, and the Argentine newspapers spoke openly about using military action to take the Falklands by force.

Then in March 1982 Argentina installed a military force in South Georgia, posing as, or intermingled with scrap metal workers and scientists on legitimate business, led by mass murderer Alfredo Astiz. Constantino Davidoff, the leader of the expedition, had already failed once to observe passport and immigration control, and had been let go with a severe reprimand. He now did so again, deliberately, this time bringing armed Argentine Marines ashore, who hoisted the Argentine flag on British soil and took to shooting up the local wildlife. 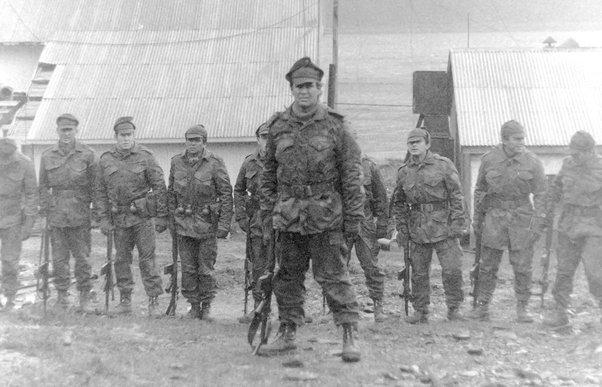 Above: Astiz and his “scientists”.

Reaction: The Falklands garrison did not exchange the outgoing detachment for a new one, but retained both, sending 22 men to South Georgia and retaining the other.

On April 2nd 1982 Argentina invaded the Falklands with a force of 6,000 men carried in a dozen warships, to include an aircraft carrier, five ex American big gun Destroyers, two modern Destroyers, two missile Corvettes, an attack submarine, a tank landing ship, and an armed ice breaker, plus 21 amphibious armoured vehicles, half a battery of artillery and more. Their first act was to attempt to exterminate the Royal Marines in their beds, and after a battle, the Falklands had been taken. The next day, 350 Argentine Marines, two helicopters and a warship took on the 22 men on South Georgia with similar results. 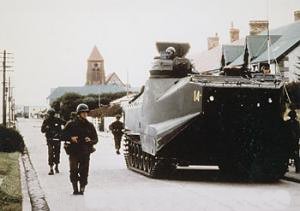 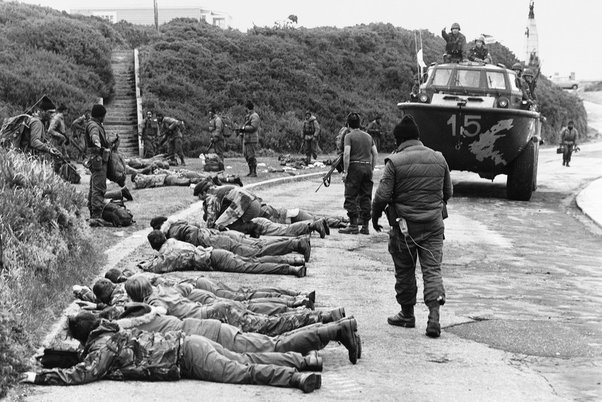 Reaction: UK sends task force to the Falklands to remove the illegal invaders, and wins the Falklands war. Falklands garrison remains strong, but decreases over time.

Argentina refuses to accept that the war is over. Throughout the rest of 1982 they launch sorties, submarines and warships towards the Falklands in aggressive patrols and abortive raids. In December 1982 they raise their flag once again on the South Sandwich Islands, only for us to haul it down again and blow up their base.

In 1986 and 1987 they raid West Falkland and in December 2000 they raid East Falkland with the Buzo Tactico. In modern times, Argentina still uses ships, both military and civilian for ELINT purposes, and was on a clandestine raid in the ARA San Juan in 2017 when it sank – which they blamed us for initially – as meanwhile, they have torn up every agreement we have had with them, and as recently as January 2022 they stated that they were considering repealing the 1989 Madrid Accords, which formally ended the war. This would place the UK and Argentina technically back in a state of Hostilities.

The UK garrison has only ever increased in line with the demonstrated Argentine threat level, and usually well below it. Everything that has happened has been a reaction to Argentine Imperial Aggression over the years, as I have demonstrated.