This post was originally published at fledglingphysicist.com on December 12th, 2013.

Here I am, getting ready to pull an all-nighter studying for my grad quantum mechanics and mathematical methods in physics finals. By anyone’s standards, I shouldn’t be here. In fact, I shouldn’t be studying physics at all.

Up until a year and a half ago, I had never studied physics. Ever. In addition, I had learned nothing beyond sixth grade math: no algebra, no trig, no geometry, no calculus – nothing. In fact, I didn’t even know what sine and cosine were! I had been lucky enough to be introduced to logic and some algebra and set theory in my logic and philosophy of math courses, but beyond that, I knew absolutely nothing.

You see, I had no formal education until I got to college aside from taking music classes at a local community college when  I was really young. I won’t get into the reasons for this, but they had to do with growing up in a poor home where paying your own way and being self-sufficient were more important than getting a normal education.

Like most of us, I had heard throughout my life that math and physics were really difficult. If you weren’t “smart”, you shouldn’t even bother trying to learn either, people would say.

That is one of the biggest, most hurtful, and most destructive lies anyone can perpetuate.

Anyone can learn physics. Anyone can learn math. Being “good at it” or “smart” is beside the point. If we enacted the same set of rules for being allowed to learn a topic to any other area of study, it would be disastrous: only a select few would be allowed to read Plato, we wouldn’t let people study a foreign language if they weren’t able to learn it in a few weeks, and people wouldn’t be allowed to play guitar unless they had a decent shot at being a famous musician. That is how ridiculous it is.

So here I was, at a state school in Arizona, learning philosophy. I had to take a science course, so I picked Astronomy. During the professor’s office hours, he asked me why I wasn’t studying physics. When I told him it was something I wanted to learn but didn’t think I’d be able to, he told me that I could and should, and said that I should read Feynman’s Lectures on Physics. This completely changed my life.

I transferred to Penn with the hope that I could keep studying philosophy and start learning some physics, and man, they were not very happy to let me take physics or math courses. I spent every minute of my days trying to learn everything I had never been able to learn from 6th-12th grade physics and math. I had the most difficult time possible taking intro physics and the beginning calculus courses. I kept going. I knew that if I was ever going to learn this stuff, I had to learn it now.

I didn’t have any desire to become a physicist at the time. I didn’t even think of it as a possibility. I was studying philosophy, and wanted to focus on philosophy of science, and so learning the physics and that math that went along with it was the primary drive. My undergrad thesis advisor encouraged me to keep studying, to keep trying to understand physics, and so I kept trying.

I started to understand things. After working through what seemed like a million problems, things were making sense. I was still miles behind on all of the basics, but I kept going. I made the mistake, however, of telling people that I was new to physics and math – people don’t like to hear this. By this time in a student’s life, it’s determined whether you are a “math” or “physics” person or a “humanities” person, and so I got a lot of crap from administrators, from professors, from fellow students – you name it!

It wasn’t until a year ago today that I realized I actually wanted to study physics for the rest of my life. Six months in, I decided to take a course on quantum field theory. Not to sound cheesy, but it was like the sky had opened up. I saw how beautiful and elegant physics was, and I realized how stupid and sad it was that only a select group of people who have been deemed “smart” were ever given the opportunity to learn about this. I decided that I would always study physics, regardless of where I found myself in life. Working retail, having an office job, teaching elementary school – no matter where I ended up in life, I knew I wanted to spend my free time studying physics for the rest of my life.

This past year, I’ve kept up with it. I’ve had a research job and am working on analyzing ATLAS data. I’m helping design electronics that will go in the ATLAS detector. This semester, I took four grad courses in physics. I have learned more than I ever thought I could. My hope is to go to grad school for physics, and continue to do physics for the rest of my life. I probably won’t get into grad school, because I don’t have the same lifelong track record in math and physics that all my peers do, but I am okay with that, because I know that no matter where I find myself in life, I can always pick up a textbook or a paper from the arXiv and learn more about the nature of the universe.

So here I am, studying for finals, and I’m actually angry. Really, truly angry. Because there are so many people out there, like me, who were told at some point that they weren’t a math person, people who never had the opportunity to learn math or physics, and they are missing out on so much. Hell, I’m still told that!

It’s no different than picking up a work of literature. It’s nothing more than trying to understand the world around you, learning to see it in new and different (and beautiful) ways. If I can learn physics, then so can you. 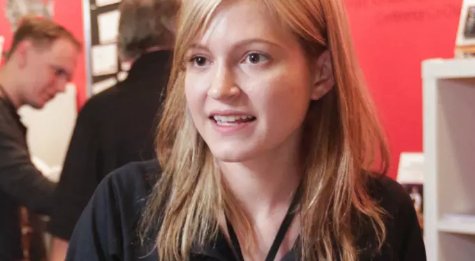