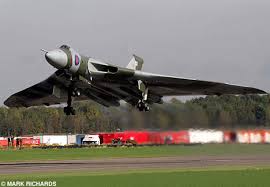 perhaps I am over egging the story a tad but as a small boy aged 11 – I was on summer holiday in Singapore – the start of the holiday had been excitement galore as I was taken to Heathrow, by my Uncle and Aunt, and handed over to Universal Aunts to keep an eye on me as I flew out to Singapore alone.

We reached Constantinople, Turkey and the MoD commandeered our plane for emergency troop movement for Suez!!

It was about then that I discovered my particular Universal Aunt was much more interested in what at that age I presumed to be an Oh soooo very Universal Uncle who was on the flight crew!!!

The rest of the journey was almost circuits and bumps in a miscellany of short hops my Mother orchestrated for me.

Including a flight over The North West Frontier in sight of ground and below mountain tops. Then another flight where someone slaughtered two goats on the runway because the pilot wouldn’t have them on board as live cargo. The plane had a sign in many languages ‘No Open Flame and No Cooking Fires’!!!

Mother ran KLM’s office in Raffles Square and had almost free license to do what she liked having justabout rerouted the whole of the Dutch airforce and transporters to organise the evacuation of Djkarta, for which she got Gonged Up by Queen Beatrix.

I spent hours in Tangs and the OLD Change Alley often alone and swimming at The Singapore Club but much more interestingly with our ahma’s son at the Chinese Swimming Club – it had terrifyingly high boards my parents stopped me going for a day or two when they discovered I’d been diving from the top boards – they relented when they found me 110 feet up the highest coconut palms on the island near Kampong at The Chicken Inn where Ah Fond’s husband was head waiter.

Like all small boys I was fascinated because it had been The Kempitai Head Quarters & the great whites still cruised along the wall below the glass floors where the Japanese had steaked out prisoners who were torn to pieces below their tables like sushi as they dined!

I do not remember – perhaps someone reading this just might, but we were at either Seletar, Changi or Tenga for a short time and our house was a bungalo at the end of the runway!!! When there was no flying we had humming birds flying through the corner windows feeding on the hibiscus, frangippanni and flame of the forest.

However sleep just wasn’t an option with Night Flying as we had 24 Vulcans on the station – you don’t know what noise is, until a wing of Vulcans rotates at the end of the garden and lifts over the roof!.

It was like many jets of the day as it rotated it stood on its tail! The first Vulcan flew in 1950 and the last was made in 1959, as I recall – the sole remaining airworthy plane is almost 60!

Sad that the sole remaining flying Vulcan is £1,000,000 short of funding for exhibition flying this year and unless someone stumps up within the next 4 days it will be grounded and mothballed into a museum and never again will anyone experience the excitement of that iconic shadow in the sky.

The plane that flew the longest bombing run in history, from Ascension Island to bomb the airport on The Falklands, to prevent The Argentinians landing more troops and flying fighter sorties from Port Stanley. 8,000 miles round trip!

The Avro Vulcan was also the design style that was developed on to being The Concord and then the F117 Stealth Fighter and B2 Stealth Bomber.

I do hope you saw the big V bombers in the air at least once as they defended us through the cold war, flying the Russian border – frequently armed with the equivalent of 16,000 tons of explosive in that one huge nuclear bomb! If you have never stood by a nuclear bomb it is awesome.

It was that summer – the summer of Merdeka – that Paddy Bandon opened the Officer’s club swimming pool by marching up to the diving board with his equerry to make an opening speech and as Air Vice Marshall The Earl of Bandon handed his cap (gold braid and all) his medals and his gloves to his equery he announced it is much too hot for speeches mine’s a Pimms and dived in and swam to the bar at the shallow end!

It may not surprise you his nick name was ‘The A Bandonned Earl’!

I do hope someone can remind me which station it was!

About 1953 Father had started on jets flying from CFS and Valley in the Meteors and Vampires!! Out of Hong Kong he was flying screamer missions over China & Russia! In Singapore it was photo recce and Intel. mostly.