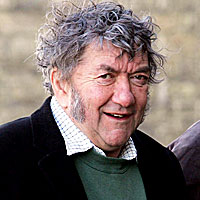 What have the Viet Cong, Khmer Rouge and the British Army got in common? They are all very hot on “re-education”, brainwashing and thought control. It is incredible, but there it is – now it’s Prince Harry’s turn to go on an “Equality and Diversity Awareness” training course put on by the Ministry of Defence. What a load of pure, unadulterated garbage.

But apart from the sheer anger all this causes with ordinary people – and it does – what a waste of money! The question I am asked, time and time again is – where does all this political correctness come from and how did we allow it to seep into every aspect of our lives?
Particularly when “1984” and “Brave New World” are there to warn us all about the control freaks.

What political correctness has achieved is to make every normal person constantly look over their shoulders in case they are saying something sexist, racist, ageist, Muslimist, right-wing, reactionary, homophobic and anything hinting of discrimination and prejudice. What this has grown into, is full –blown thought control and speech control. It has been put into place by a flawed and totalitarian type of political intimidation, dressed up as “the law” and presented as “hate crime” – it is neo-fascist baloney.

In reality Political Correctness, and the witch hunts set in motion through “hate crime” legislation to find and isolate the politically incorrect, is almost the mirror image of McCarthyism in America during the Nineteen Forties and ‘Fifties. Then Senator Joe McCarthy launched a witch-hunt to round-up and silence “Commies” and “Reds Under the Beds”. He used the institutions of the state – committees, panels, review boards, state and local government, re-education and the law.

Oh, and what have we here to support political correctness – the suppression of free expression and freedom of thought – why we have the institutions of the state – committees, panels, review boards, national and local government, re-education and the law – and under this Government – Bomber Blair and Gormless Gordon – the legal system has been completely politicised – a process that the most over-represented profession in Parliament – lawyers – has failed to speak out about.

I have been attacked twice by the “hate crimers”. As a District Councillor I was ordered to be “re-trained” – it was so ridiculous that they dare not implement their own punishment as it would have given me too much nonsense to write about. Interestingly too, on my old council, the party quickest to use political correctness to prevent open discussion on “travellers”, immigration and strange development were the Lib-Dims. To me the Liberal Democrats frequently appeared to be Illiberal and Undemocratic – almost afraid of an open and free debate.
Then there was the famous stitch-up by the Gloucestershire Police which ended up with the police paying damages – but only after I had used the Data Protection Act to prove that yes – I had been stitched-up. The police then lived up to their current reputation – they sent the cheque in an unfranked envelope.

So we now live in a society when phrases and words such as “right wing”, “BNP”, “racist”, “reactionary” and “prejudiced” are used (usually inaccurately) as allegations to stop all discussion immediately. In a recent Question Time, Shami Chakrabarti of “Liberty” seemed to keep pressing the “BNP”, “Racist” buttons to get an easy round of applause and to avoid dealing with the actual issues.

But how did this insidious system creep into place? How did we allow political correctness to corrupt our long traditions of freedom of speech and freedom of thought?
I genuinely want to know the answer, and if there is anybody out there who knows, please let me know.

Greg Lance-Watkins reckons it was introduced during the Cold War by the Russians to disrupt and undermine British society. If he is right – then it certainly worked. But is he right?

during the mid 1920s the Communist Government of Russia and those peoples unfortunately subsumed therein funded, through their KGB research & a report from The University of Frankfurt Sociology Department as to why Communism was not spreading across Europe by natural osmosis.

The Report loosely said, ‘because the rest of Europe values the freedom they perceive that they have’.

It was then that The KGB bought the department and renamed it The Frankfurt School, commissioning it to produce a report as to have the perception could be changed.

I do not believe that The Frankfurt School was thrown out of Germany but withdrew to West Coast America where it set up offices. Where they took an interest and built ties, no doubt to
General jackson’s horror, in Stonewall Street with the naiscent homosexual grouping.

Stonewall was launched as a project in keeping with the new aims of The Frankfurt School to undermine the values of the Western society.

Hence the grouping of perverts under the banner of homosexual (male & female) and cross gender and the myth that by labeling 10% of men and the use of the word latent The Frankfurt School could progress their aims and Stonewall itself could gain a spurious acceptance for their perversions.

You will note to this day frequently the dishonest and the corrupt will make much of a false claim of ‘homophobia’ or ‘latent homosexual’ to seek to denigrate people – a technique widely practiced in the diaspora of Searchlight, Fabianism and the Guardianistas.

To use and abuse homosexuals by such behaviour is clearly ‘homophobic’ of them. To have invented the term ‘homophobic’ is a clear sign thet The Frankfurt School is willing to exploit any sector of society duplicitously to gain its aims of destruction of the Western Society.

Homosexuals are thus the unwitting victim and not the beneficiary of this evil, as with the exploitation of the idiotic vending of ‘Multi Culturalism’ which is so damaging to society and the wellbeing of the minority – a practice first promoted in Communism, The Frankfurt School, Fabians and Searchlight and thus foist on the gullible as Socialism.

He who controls the language controls the argument, being a primary plank of this evil doctrine, as we watch the dumbing down of such institutions as the BBC where a cult of exploitation of the ignorant by the manipulation of the self important has become the nature of the day.

To watch the aesopian neural programming of the new linguistics is a study in itself – as its protigees stumble over the birth of new areas of corruption – words like stake holder, emerging leaders, team leaders, common purpose, workshops, decision makers, and so many more.

New to the dictionary of deceit are the terms Global warming and Climate Change and as both terms are founded on faux science there is still some confusion as to which will be in the ascendency at any given time.

Perhaps to establish which of these corrupt examples of programmes of linguistic neural control is in the ascendency you may care to visit the web site of the utterly corrupt Copmmon Purpose ar see which received the most grants from The National Lottery (YOUR MONEY!).

Thus evil is progressed as with the scribes of the Cathars Marks, Engel, Hitler and their ilk as who could expect a house painting Corporal without education to write a book of such insight and presience as mein Kampf!

It is as foolish to believe the planning of Hitler, Heidricht and Funk was original thought when it was clearly that of The Cathars. That PC has been formalised and exploited by communism and its alied Socialism through The Frankfurt School and the evil centralisation of the undemocratic and aggresively expansive EUropaische Wirtschaftgemeinschaft.

Laterly the Treaty of Rome through EEC, Common Market to EC and without democratic consultation EUropean Union.

That the concept is mallevollent is unarguable or it would be democratised and free of PC. For confirmation study its corrupt foundations and founders such as Monet, Spinnelli etc. the dishonesty of The Elysee Treaty signed by Adanaur & De Gaulle as a pact above the agreements of the EEC/EU as drawn up by the ENArcs and attested to both secularly and clerically at The Elysee and on the High Altar steps at Rheims.

PC to those seeking control is like an ajustable spanner in the hands of a mechanic!

I was interested to note that when I posted this material on Robin Page’s Blog on The Mail, relevant to PC, I received the message back:

We are sorry we can’t accept this data!

I thought it might interest you and maybe your readers!

Presumably it is blocked because of Political Correctness and it is an offence to use the word Guardianistas.

That homosexuality, whether male or female, and trans gender are perversions is an unarguable statement of irrefutable fact – so I’m not sure what their problem is – unless they have succumbed to Communist engendered PC.

A strange reflection of The Mail.