Is Irish unification now inevitable
& howmuch will it damage Scotland, Wales
& the other British Regions? … 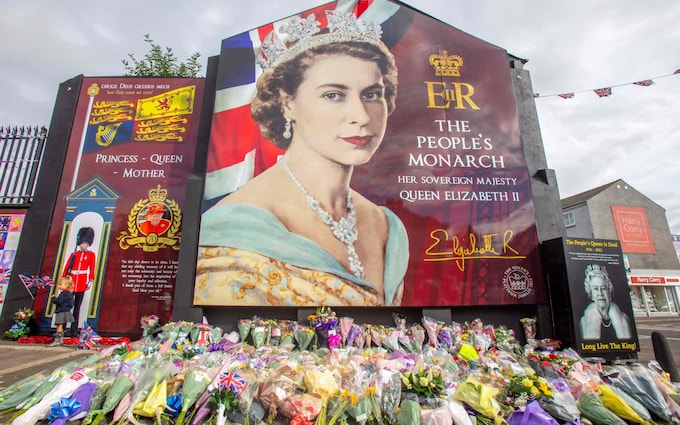 The figures released last week from the 2021 census in Northern Ireland showing that Protestants in Ulster are now outnumbered by Catholics for the first time seem to me to hold the possibility of a major change in the structure of the United Kingdom.

Unionists are traditionally Protestants while Nationalists are mostly Catholic. A drop in the number of people who see themselves as British and an increase in those identifying as Irish compared with the last census in 2011 points in a similar direction. So too does the fact that the survey shows the average age within the Catholic community to be younger than in the Protestant community and more births in that community than amongst Protestants.

John Finucane, a Sinn Fein MP described the shift as irreversible and called for the Irish Government to plan for the possibility of a “unity referendum”. It is not entirely clear that if there were to be a referendum on whether the province should remain within the United Kingdom which way that would go, but it may be significant that there has also been a 63.5% increase in people in Northern Ireland holding an Irish Passport since 2011.

All in all, it looks more likely than not that in the not too distant future, the province will become part of the Republic. Will that have any effect on Scottish or Welsh nationalism?  Will King Charles III end up as just the King of England? And will my great grandchildren grow up in an unstable England and look for safety within a European state?

I am glad to be in my nineties rather than my fifties.

TEN LITTLE KINGDOMS
One great thing about having been an antiquarian book dealer and owning a book shop is all of human knowledge, and most thought of consequence, is printed somewhere and when you miss reading it yourself someone points it out to you!
I am not normally an avid reader of ‘Judy’ Magazine for girls of the 1880s but I could be converted – here is a poem from the 28th. August 1889 which shows that little is new.
Please print this out and give out as many copies as you can afford to.

The ‘Regional Policy’ was again published as a method of breaking up Britain into ‘squabbling’ little Assembly Regions of insufficient stature, to ensure dependence on the centre.

Each little Region being in conflict and competition with its neighbour, ever seeking more pretend power whilst losing control in reality to the central authority – leading to a loss of National identity and a need for subsidy from the centre.

This was published in 1937 in the book ‘The House That Hitler Built’.
‘Europaische Wirtschaftsgemeinschaft’ was published, as something of a blue print for ‘The European Economic Community’ in Nazi Berlin in 1942. CLICK HERE
Heidrichts 1942 ‘Reichs Plan for the Domination of Europe’ was subsequently published late in 1942, also in Nazi Germany.
The conference called in Berlin in 1944 was titled ‘How Will Germany Dominate The Peace When It Loses The War’ and it was decided to move a massive block of capital out of Germany through Madrid to hold it in the American economy until needed after the war.

After the Neurenberg Trials this money started to come back into Europe to fund the plan.

Prince Bernhard of the Netherlands, a senior Nazi Party Official and Waffen SS Officer, was funded to hold a series of conferences in The Hague at The Bilderberg Hotel – the origin of ‘The Bilderberg Group’.

Shortly after this Heidricht’s 1942 ‘Reichs Plan for the Domination of
Europe’ was reworked and re published, now called ‘The Treaty of Rome’.
In return for a cash bribe, believed to have been £35,000 and thinly disguised as ‘The Charlamaigne Prize’, Edward Heath LIED to the peoples of Britain – both on the floor of the House of Commons and in the White Paper stating ‘Signing The Treaty of Rome will lead to no essential loss of National Sovereignty’. Do bear in mind the date this happened and the purchasing power of £35K at that time!

Edward Heath has subsequently confirmed both in the Palace of Westminster and on TV that he LIED and he did so intentionally as he did not believe that the electorate of Britain would vote YES in the Referendum, at the time, if they knew the truth!

This he was forced to admit on a David Frost interview, where he stated that he had lied, as he knew if the British peoples knew the truth they would not have voted to ratify the Treatuy of Rome which he had already signed!

Having admitted his dishonesty (effective Treason) Edward Heath was subsequently forced to repeat his admission to Parliament.

By a very small margin the electorate had voted in favour of Ratifying The Treaty of Rome in The Referendum – thereby joining The European Economic Community, better known as The Common Market.

This act of Treason committed by Edward Heath renders Britain’s signature of The Treaty of Rome by Britain as NULL AND VOID under English Law.

Britain’s signature on The Treaty of Rome is thus NOT valid as it was obtained by an act of Treason – and based upon lies, thus there is no need to even consider the silly concepts of subsequent Labour, Tory or Coallition Governments, as all other subsequent so called treaties are merely ammendments of the original invalidly signed Treaty of Rome.

This reality is upheld by The Treaty of Vienna on International Treaties.

Blair’s concept of ‘In Europe at the centre and fighting our corner’ is not only tortological rubbish but as sound bites go really silly. Even were our signature valid.

It is as stupid as the slogan from The Tories ‘In EUrope but not ruled by EUrope’ (sort of: ‘In the gas chamber but not inhailling’).

In Europe, as a result of his Government signing the ammendment to The Treaty of Rome, The Amsterdam Ammendment, Britain can not fight ANY corner as he has signed away Britain’s right to a veto and accepted QMV [Qualified Majority Voting].

To return to Hague’s concept of ‘In Europe but not ruled by Europe’ is totally dishonest. It has all the logic of joining a cricket club and then insisting on building bunkers on the pitch so that you can play golf. Renegotiation of the European Treaties is expressly forbidden as signed in these unlawfully signed treaties.
The Lib. Dims. on the other hand since they will never hold real power in Britain have totally prostituted themselves to the European Union in the hope of gaining some power that way!
Business for Sterling is completely ‘off its chump’ – they have failed to understand the EU, they think you can be in the EU but not join the EUro farce. How do they get around QMV and the various articles that can be used to impose the EUro whatever the people of Britain want? A currency used for all inter regional accounting in the vassal regions of the EU!
BRITAIN IS NOT LEGALLY, AND NEVER HAS BEEN, A MEMBER OF THE EEC or the ‘arbitrarily’ created EUropean Union, which was undemocratically imposed on the peoples of Europe, without vote or consideration, in 1994, when the Commissioners [the corrupt, un elected, dictator committee] decided to scrap the EEC and impose the single Supra National Nation State of EUrope on the vassal regions and peoples so far duped.

They hubristically swept aside the rights and freedoms of the nation states and their peoples to fulfill the obscene dream of a European Empire. Granting themselves ‘Potentate’ Emperor status, immune from law, un accountable and pampered in their dictatorial powers. Dispensing favour and reward through their salesmen who sit as MEPs in sybaritic luxury in their palace.

We then had the spectacle of Cameron promising that there will be a referendum before more power is handed over to The EU – he promised a referendum on The New Constitution, disingenuously renamed The Lisbon Treaty – He lied then and he went on telling lies, fortunately, a majority of the electorate in the largest vote ever cast in these United Kingdoms saw through some of the lies put forward in Cameron’s Referendum, which had been forced on him by the revolt in Parliament brought about by the Petition gathered and presented by Nikki Sinclaire (an Independent MEP).

The Referendum was a very clear rejection of the continuance of membership of the EUropean Union by the entire electorate who chose to vote in these United Kingdoms.

The Lisbon Treaty had been passed with barely a murmur from The Tories and an Evil complicity by UKIP, who raised not a finger in defence. The terms of The Lisbon Treaty as signed and sealed, invalid as it is, clearly show there are no powers that are not already in the hands of The EU.

The EU now costs Britain over £50 Million a day and do not be duped into believing that we get much of the money back as EU subsidies because we do NOT – for every £1 we receive from The EU we have paid them £2.60 – also be minded that we also have to comply with matched funding thus for every £1 we may get back for a project we have to cough up another £1 to match it thus £1 of EU cash back costs us £3.60 in most cases and all too often for lame brained ‘degeneration scams’ in town centers or road widening to be compliant with EU standardisation so that massive EU lorries can roll across Britain with enlarged fuel tanks so as not to contribute one cent to The British economy whilst stealing British jobs and supplying foreign goods!

Are YOU doing your bit to spread the truth?