Overnight, lockdown erased many of the reasons that compelled people to pay extra to live in city centres. They decamped to the suburbs and countryside in well-documented droves.

But now bars, restaurants, museums and galleries are reopening, and we are approaching what analysts have hailed a new “roaring twenties”. The urban gravitational pull is back – and with it, the sea change in the property market is slowly but surely reversing.

In June last year, Matt Richardson, 27, moved out of London with his girlfriend, back to Southampton where they are both from. They wanted to save money while the city was in lockdown and they were working from home. But last month, they signed a new tenancy and moved back. Now, they are planning to buy their first home in south London.

“It was brilliant to see family and have a break from city life, but if anything it’s made me realise how much I love living in London,” said Mr Richardson.

“With everything beginning to open up, I knew I’d get serious FOMO [fear of missing out] if I was 70 miles away from my favourite restaurants, bars and people. And my work is putting together a return to the office plan – I didn’t realise how much I’d miss being in an office.”

Mr Richardson is on trend. Since lockdown restrictions began to ease, London has recorded the biggest uptick in sales activity of any region in the UK, according to Savills analysis of data from TwentyCi, a research group.

From June 2020 to April 2021, the number of agreed sales in the capital was 41pc higher than in the same period in 2019. Back then, London was significantly underperforming compared to the rest of the South. In the East of England, the difference was 53pc.

But since restrictions began to ease, buyers have rushed back to the capital. In March and April, the number of agreed sales in London was 61pc higher than the same period in 2019 – a jump of 20 percentage points.

In the central borough of Hammersmith and Fulham, agreed sales in March and April were 98pc higher than in the same period in 2019. It was followed by Hackney, Wandsworth and Kensington and Chelsea.

According to property website Rightmove, Walthamstow in north-east London is one of the most sought-after locations in the country to buy a home.

Employees are starting to return to their workplaces, too. Matt Salvidge, of Savills, said: “Corporate inquiry numbers have doubled over the course of the last four weeks.” This is the biggest jump since the pandemic began. 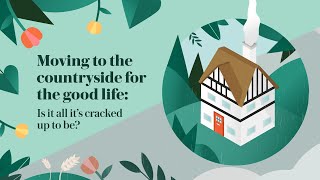 The return to the office is boosting city markets across the country. In Leeds, city centre sales so far this year are down 3pc on the same period last year, compared to a 30pc drop in activity across the wider Leeds area, according to JLL property consultants. “That sales activity is heading to the city centre at the expense of the wider market,” said the firm’s Nick Whitten.

JLL’s lettings activity in the first three months of the year in northern urban markets was up 57pc compared to the same period in 2019. “It is driven a lot by the young,” said Mr Whitten. “There is also an anticipated rush from students, particularly in cities such as Leeds, Manchester and Birmingham.”

He added: “Cities are in line to enjoy a booming 12 to 24 months.” JLL has forecast that Birmingham will record 5.1pc annual price growth every year for the next five years. Philip Jackson, of Maguire Jackson estate agents in the city, said: “There has been an injection of positivity into the market.”

Martin Elliott, of Hunters estate agents in Manchester, said: “The conversion rate from inquiries to sales really is higher. That’s up 20pc compared to pre-pandemic levels.”

But buyers face major problems with supply. The fallout from the cladding crisis is constraining the availability of city centre properties, said Mr Elliott. Homeowners in affected properties are unable to sell because their homes are unmortgageable.

“I have 10 properties for every 20 people looking, but only three or four of those homes are actually mortgageable and available for the market,” he added. The result is a major bottleneck. On properties that have the necessary certification, bidding wars are common and flats are frequently selling for 5pc over asking.

Supply of new homes in city centres will be further constrained in the coming years. Building registrations for private homes built to sell dropped 62pc year-on-year from April to June 2020 due to the first lockdown, according to the National House Building Council, a warranty provider. Numbers have since recovered, but the temporary fall will translate into a steep drop in completions.

Developers have also shifted their focus towards building the larger homes that have been so in demand during lockdown. In the first three months of this year, there were 7,022 registrations for new apartments – 32pc less than in the same period in 2019.