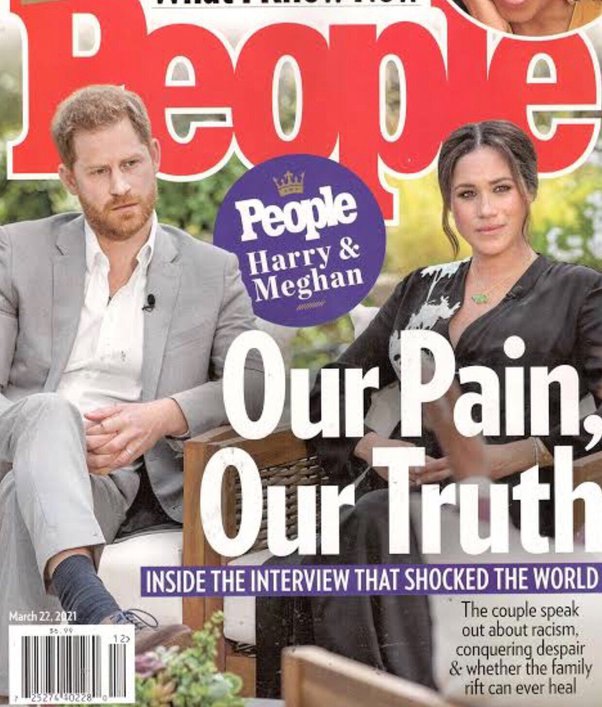 although the basis of this is from a third party, which I have shown by publishing their words in blue (as I do for third party material), I endorse the comments and have made them elsewhere – may I suggest you consider listening to the podcast I have published in a similar vein paying attention to the lies of the Opera Winfrey colaboration with Meghan in the scurilous press release style statement she broadcast with the help of Ms. Winfrey.

The show was one of the most deceitful I have ever sat through, akin to the days of ‘Pravda’ and the propaganda statements of Russia’s leaders. It was passed off as journalism by Winfrey yet it was so irresponsibly and shoddily carried out that she brings journalism into disrepute – she asked not a single probing question, nor did she have command of the facts, nor refute a single one of Meghan’s serial lies and misrepresentations!

Never having watched an Opera Winfrey show previously I can only assume her material is consistently gossip based drivel for an audience as gullible and ill informed as that of the BBC, which I have also not watched for over 20 years due to its sickmaking bias, endless propaganda and odious presenters. (Little wonder the BBC has lost 56% of its audience in recent years!)

So is Meghan an evil person? She certainly has many personality traits that can directly or indirectly cause world chaos, especially by publicly exploiting sensitive social issues as a means of developing a cult leadership, particularly working through vulnerable, young and naive populations, as Hitler did in the 1930’s …