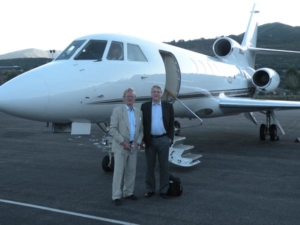 Pete wrote a piece yesterday which perfectly characterises my relationship with Christopher Booker, or just “Booker”, as we used to call him. He was the man at the other end of a telephone, separated by more than 200 miles, in an enduring relationship which lasted from 1992 to the present day.He first really registered on my radar in 1988, when I was working for the egg industry and noted that he was the only journalist who wrote any sense about “Salmonella-in-eggs”, the first of many food scares which were to dominate the end of the eighties, and most of the following decade.

But it was not until 1992 that we came together, when he wrote a remarkable piece in the Telegraph, asking “Who’s that hiding behind the Brussels set of rules?” At a time when “EU Regulation” was becoming an issue, with the launch of the Single Market, Booker had made the discovery that much of the regulation, bad though it was, was made significantly worse by the activities of British officials, who were using “Brussels” to further their own agendas.

As a food safety consultant working on behalf of clients, I was at the receiving end of this, and set about writing Booker a long letter explaining what was going on, telling him that he’d only recorded the tip of the iceberg. So much of what was being claimed in the name of “Brussels” was pure invention, with officials making up “law” which didn’t even exist on the statute book.

In the end, the letter was getting so long that I phoned the Telegraph and asked to speak to the great man. The paper put us in touch, and so began a long telephone conversation, the first of thousands, which was to take up such an important part of my life for the next quarter-century.

After that, I did send him that letter and he was back on the phone arranging a meet – at Private Eye, where he had commandeered a tatty room in the attic, for use as his own private London office.

Although we were to meet there many times, ours was to remain primarily a telephonic friendship – so much so that when, in October, we received the dreadful news that he was suffering from a terminal cancer, so advanced as to be untreatable, he insisted that I should not come down to see him. He wanted the relationship to be what it had mainly been – a most extraordinary long-distance friendship.

The last time I saw him in person was in April when I came to his delightful Old Vicarage in Litton, Somerset, to deliver a model of HMS Poppy, a ship captained by his uncle, Lt.Cdr. Neil Boyd, DSC, of whom he was inordinately proud. With typical selflessness, when he knew his time was short, he passed the model onto Neil’s son, Michael, where it now resides with the family in Pirbright.

Back in 1992, at our first meeting in Private Eye, Booker suggested that we should write a book. This soon became The Mad Officials taking G K Chesterton’s lead for its title – an anthology of mad officialdom, with examples from around the United Kingdom – published in 1994.

In what became our standard working arrangement Booker “held the pen” while I did much of the research. This was to take us into our next venture, Castle of Lies, subtitled, Why Britain Must Get Out of Europe, published in 1997. Although Booker had voted “yes” in the 1975 referendum, with the experience he had now had, he had undergone a complete conversion to the Eurosceptic cause.

This was the period when James Goldsmith launched his Referendum Party and such was Booker’s reputation that he was invited to give a presentation to the Party rally in Alexandra Palace in 1997, where he spoke to an audience of 10,000.

During the election campaign, he and Goldsmith flew by helicopter to Derby. In Swadlincote they addressed the largest public meeting of the campaign, where I was standing for election against Edwina Currie. Shortly afterwards, Goldsmith was to die from pancreatic cancer, by sad irony the same disease that has taken Booker from us.

In 1999, different electoral fortunes took me to the European Parliament as a political group official. This led directly to our seminal work on the EU, The Great Deception first published in 2003 while I was still working in the Parliament. It stemmed from our own observations about how little we knew of the history and background to the EU, and how much of what we had been told was wrong or distorted in some fashion.

Our fourth and final joint venture was Scared to Death, published in 2007. This work was based on my direct experiences with the food scares of the 1980s and 90s, but broadening the field into such areas as climate change, which was then to absorb much of Booker’s energies for the final part of his career.

Along the way, Booker wrote, The Real Global Warming Disaster: Is the obsession with ‘climate change’ turning out to be the most costly scientific blunder in history?, which was published in 2013, establishing him as a leading writer in the field.

Back in 2008, Scared to Death brought us an invitation to a “prestige” private conference in Aspen, Colorado, where we both gave presentations. From there, we were flown by private jet (pictured) to Wichita, Kansas and thence to Washington. That visit, and a trip to Washington earlier that year, probably represented the longest period Booker and I ever spent together.

In Washington, we were able to do the tourist stuff. What I did not know then was that I had an undiagnosed heart condition, which left me flagging in high-altitude Aspen. Later, not fully recovered, I recall trailing after Booker, eleven years my senior, as he thundered round the Lincoln memorial and then the Smithsonian – a bundle of pure energy who could outpace those half his age.

Long before then, I had become Booker’s official researcher, employed initially by The Sunday Telegraph and then by Booker directly, as we worked on his weekly column. Those were the days when we established a strong reputation on writing about EU regulation and regulation in general.

Amongst other things we wrote about was the disaster being imposed on our fishermen by the Common Fisheries Policy. As Booker noted in his final column, another was the government’s ruthless cover-up of the terrifying damage being inflicted on the health of thousands of sheep farmers and many others by forcing them to be unwittingly exposed to highly toxic nerve-agent organo-phosphate (OP) pesticides.

In writing about regulation, a phrase which Booker coined was “the sledgehammer to miss the nut”, highlighting something which was not always appreciated about us. We were not against regulation, per se, but against badly framed and poorly enforced laws.

We also introduced the world to the concept of the Sefra – the Self-Financing Regulatory Agency – a system where regulators were allowed to impose full cost-recovery charges on those they regulated, turning law enforcement into a lucrative business opportunity, akin to tax farming. Unsurprisingly, the concept has been enthusiastically adopted by the European Union.

Another of his favourite invented words was niktomorph – based on the Shakespearean quote: “in the night, imagining some fear, how easy is a bush supposed a bear!” It was always Booker’s ambition to have one of his words included in the OED.

As to the daily grind, so pointed and effective were our writings on EU Regulation, that when the London Office of the European Commission launched its “Euro-myth” rebuttal series – largely, although not completely in response to Johnson’s fabrications – much to Booker’s delight it was forced to introduce the new category of “true myth” to describe much of his work.

Having thus established our credentials as leading Eurosceptic campaigners, for Booker and I the opportunity to fight in a referendum campaign was seen as the culmination of our efforts over decades. Sadly, it was not to be. Booker and I were completely marginalised by the official leave campaign, which preferred Johnson’s tawdry propagandising to our more measured approach.

In the latter, post-referendum days, Booker and I could both see with horror the unfolding train-wreck of Brexit. Booker thus became the first to write in the legacy media about the perils of a no-deal exit, arguing consistently for the more rational Efta/EEA option.

In this, he did not have the support of his newspaper which, bluntly, treated him shabbily. Supporting the no-deal rhetoric of the ERG, they cut his column to a fraction of its former size and consigned it to a backwater, where they wanted him to write about “countryside issues” and “nature”. Even if these were subjects of great fascination to Booker, who was extraordinarily expert in such matters, it was a studied insult to a man who had spent most of his latter career campaigning against the EU.

When they gave over their letters column to attacks on Booker – so much so that “Booker is wrong” became its own genre – and allowed readers to post abusive comments about him on his online column, in breach of their own commenting rules, it was clear that the paper had declared war on its own columnist.

In his last days, though, Booker still kept a close eye on the unfolding developments, despite his failing health. His last words in his last column were as prophetic as they were poignant.

“We are told we should try to leave the world in slightly better shape than we found it”, he wrote. “But as I prepare to leave it I have too long felt that I was no longer trying to change it but was only writing its epitaph”. Since his own newspaper blocked that avenue, it is for us to develop that legacy.

Booker’s latest project was to work up his views on groupthink into a full-blown book, and we many times discussed revising and extending The Great Deception. As he watches over us, that work will continue, although I will miss terribly our long-distance friendship. His departure leaves a huge hole.