An Open Letter to the Evil Tyrants in Washington
By Gina Miller on March 28th, 2010
Gina Miller
To Mr. Obama, Mr. Reid, Mrs. Pelosi and your fellow travelers:
I write this for countless millions of Americans. We know who you are. We know what you are doing. We know your hatred for us–for America. You are traitors. You are the enemy within.

You and your ilk have been creeping into our institutions for much of the last century. You have crawled into our schools, polluted our colleges, and for most of the past thirty or more years have poisoned the minds of untold numbers of children and young adults, and you have deliberately lowered the educational standards to create a class of dumbed-down kids, while you continuously scream for “more money for education!” Now, you will use many young people of our country as unwitting tools to be your personal army, your Gestapo.

You have slithered onto our court benches, and you have nested in law offices all across our country. You have worked tirelessly to pervert and overthrow the laws of our land and our Constitution. You have fought for and gained public offices at all levels.
You hid your evil intentions, except among yourselves, and you took advantage of the trust of the American people who did not see the dangerous plans you had spawned for our great Republic. Over the decades of the last century, you positioned yourselves, quietly amassing your power.

Now, you see your wicked dreams of a century within your grasp. You took the Congress, and now you have taken the White House. Since January of 2009, you have set a wrecking ball to our nation. You have highjacked financial institutions, taken over private companies, and signed executive orders that fly in the face of the will of the people. You have determined that foreign, terrorist, enemy combatants of our country should have the same rights as American citizens and should be tried in our civilian courts. You have done things that previous administrations have not dared.
As for you, Mr. Obama, you have, to our utter disgust, shamefully treated our closest allies, but like a detestable serf, you have bowed to the enemies of America. Your treatment of Israel and Prime Minister Netanyahu is despicable, and if nothing else does, that will certainly bring the curse of the Lord down upon your head. You are the enemy of America, Mr. Obama. You are drunk on the wine of Babylon–as are your fellow travelers in power–and your arrogance will be your downfall. 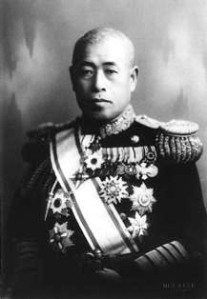 Japanese Admiral Isoroku Yamamoto, who said after his attack on Pearl Harbor: “I fear all we have done is to awaken a sleeping giant and fill him with a terrible resolve.”
Now, you all have secured your most powerful victory to date–the takeover of our healthcare system. It is, so far, the most egregious decree you have enacted against our country, and against the will of the people. You intend to destroy our healthcare system, including the insurance companies. This is designed to “control the people,” as Mr. Dingell so honestly stated.

You are fully aware that the vast majority of Americans want nothing to do with this legislation. You don’t care, because yours is a dictatorship. You hold the will of the people in contempt, and your infernal media machine works night and day to demonize those of us who oppose you.
You are doing everything you can to outrage us and tear our country apart. You are ready to push amnesty for illegal aliens to dilute our vote. You are ready to ram through the lying, global warming, cap and trade legislation that will plunge us deeper into poverty, which is your goal. You want to destroy the prosperity of America, that is dwindling as it stands. You want to take away all of our freedom and make us slaves to you.

You are trying to set us up to give you an excuse to declare martial law and suspend elections. If you are unable to provoke us into committing rash acts against you, it is entirely possible that you, through your henchmen, will stage a Reichstag Fire, thereby giving you “cause” to shut us down and jail those of us who oppose you and your evil schemes.

Honest elections are your enemy, and you cannot allow them to happen. Your army of ACORN-type, useful idiots will still be there to cheat and steal all the votes they can, but we will not forget all that you’ve done, and we will fight you at the ballot box and in the realm of ideas.
Mr. Obama, we know that it will not be easy to defeat you. This week, Pastor James David Manning declared that you are the most powerful man in the history of the world. I believe he is right. The power that you have, which is a supernatural power, comes from your father the devil. As he is the father of lies, so too, there is no truth in you. You have no soul nor heart, and you are a man without a country.

You and your administration could be the ghouls from “Night of the Living Dead,” played out in the original black and white (No, you media mad hatters, that’s not a “racial” reference. It refers to Romero’s 1968 film).  And, what a terrible picture you make, feeding on the lifeblood our our country!
Some have said this administration is incompetent or stupid; we know that is not the case. You are very cunning, and your ancient plans are firmly set. You may very well be the undoing of our nation. Nevertheless, we will resist you all the way. We will not surrender our country to your vile plans. You might conquer us in the end, but you will have the fight of your lives taking us down. Don’t doubt it for a minute. 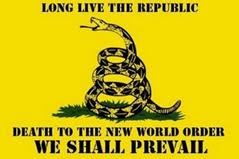 In the meantime, we will stay wide awake–no more sleeping for this giant. We will continue talking to each other, making sure we’re all aware of your wicked moves. We will continue to organize and grow stronger. We will continue to fight your legislation.
In all of this, one thing separates us from you. We have hope–true hope. Our hope is in God. Our hope lies in eternity, and unless you trade your heart of stone for the heart of God, you will receive your reward in full here in this life, and an eternity of hell in the next. Your plans may ultimately succeed, and you will believe you have the victory, but it will be a false victory, temporal and short-lived. When you finally have the world under your cruel, iron fist, it will suddenly be snatched away from you in a single day, and your defeat will be absolute. You will not stand in the Day of the Lord. His fiery wrath will descend without warning and will consume you. Woe to you, kings of the earth.

To view the original article CLICK HERE
Gina Miller, a native of Texas, is a radio disc jockey. She also works with her husband installing and repairing residential irrigation systems and doing landscaping on the Mississippi Gulf Coast.