http://stolenkids-hollie.blogspot.com
SHOWS BEYOND DOUBT the clear incompetence of the Scottish authorities in terms of administering the law and justice.

Since 30-Apr-2010 when the official Hollie Greig blog as shown refused to publish any more of the ‘STORIES’ of Anne Greig’s regarding her daughter and her brother’s sad suicide and Robert Green was increasingly shown and proven to be a liar, a charlatan and nothing more than an old style Snake Oil Salesman the Scottish authorities have failed in their duty of care for the public at large.

They have failed to protect people from the outrageous, and now proven to be completely without evidence of any validity, accusations by name of paedophelia naming both victims and perpetrators, an act of criminal irresponsibility.

The Scottish authorities have completely failed to kirb the excesses of Robert Green’s lies as he defames and lies about people, the authorities in Scotland individually and collectively and he has brough nothing but shame on Scotland as he incites the under belly of society to ever greater calumnies.

There is absolutely no substantive viable evidence whatsoever to uphold Robert Green’s self seeking lies which he has taken internationally with every scuzzy individual willing to share his gutter in any medium.

It seems this Scottish Law Lord Lords it above the law with her cronies.

The Grampian Police, The Scottish Police and Central Police in particular who were so embroiled in the corruption regarding Dunblane and then the stitch-up over Lockerbie are now little more than errand boys for the self serving and incestuously inter related Lawyers, Banksters, Politicians and Press in Scotland.

No wonder there is a body of political thinking in Scotland who believe breaking away from Britain and being directly ruled by the malign EU would suit them – The corrupt would seem to see a corrupt opportunity!

Just follow the trail on http://TheSSoE.blogspot.com and the many links provided!

Extreme – NO I think NOT see for yourself

Enter St. Andrew Sq., Edinburgh in Google Earth and when YOU scan in YOU explain why at a cost of £2.8Million the square was defiled with the Satanic Symbolism of The All Seeing Eye which is undeniably the design.

I understand that much of the money for this project was from Forward Scotland Trust which is co chaired by Alex Salmond and Sir Angus Grossart.

Check The Spec list and Grossart is a major member as is his vile narcissistic nephew Hamish Grossart who beat up his wife and urinated on her and is clearly a corrupt control freak who it is claimed destroyed the British Pottery Industry by his ownership of Royal Doulton and his greed and incompetence – that is a polite assessment of this man who clearly Duncan Bannantyne believed to be a crooked little bounder:

Just as a point of interest in passing Sir Angus Grossart owns his own bank called Noble Grossart and was one of the Bangsters on the board of Royal Bank of Scotland – perhaps he knows where all the works of art owned by Nat West when RBS took them over vanished! If not perhaps his token wife Gay whose crass and childish daubs are bought for huge sums from the public purse and controlled interests it seems may know or failing that his daughter who works for an art clearing house in London – Auctioneers may have some ideas! 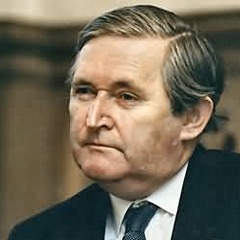 Whilst on the subject of corruption and money perhaps some clever finance bod on this mailing can let me know how Murray International who present themselves rather implausibly as a combination of Steel Stockholders and Sport promoters would seem to have been able to borrow £1Billion from what is effectively a busted tax payer owned bank of which Sir Angus Grossart WAS a director.

The strange thing is that the borrowing seems to be at base rate!!! I also can not work out what the money is secured by – Steel stock holders! Well a pile of rusty steel big enough to cover Scotland would hardly be worth that at todays steel prices and surely no one would rate Rangers Football Club as worth a £Billion – in fact I wonder what Rangers’ debts are and what secures them when you look at Man.U. who are £750Million in debt!

Not so much the smoke and mirrors of Scots in politics south of the border with their economically illiterate Brown and Darling but like Justice in Scotland more a case of ‘Scots Mist’ or should that be ‘Scotch Mist’ unless it is ALL made in Japan by now !

We even have leading Scottish politicians making special pleadings for serial benefit fraudsters – could it be that these scum in Scottish Politics, Law and Banks consider stealing from the public purse fair gain as Scotland lives largely on Subsidy from tax payers south of the border and north of the border the sole profitable industry would seem to be screwing anyone they can and running rip offs. Just what is Scotland’s income based on?

Glasgow Café Culture which anyone knows is pure hokum set up for grants – whilst the reality on a Friday and Saturday is that Glasgow is a violent befouled vomitarium. Edinburgh is the same but with delusions of grandeur and frankly when one realises that of the 5 Million Scots 80% live within 40 miles of Sokkie Hall Street and the balance live within reach of a bottle!

Between 17 & 25 Million people had the intelligence to leave Scotland and never return over the years leaving the parasites and a few unfortunates behind.

It is time Scotland was cleaned up and given something to be proud of by fielding a full slate of
INDEPENDENT Leave-the-EU Alliance
http://www.Leave-the-EU.org.UK
candidates in every election to TRY to restore self respect and morality and see the back of the trash that run it now mainly because they spill over the borders and befoul politics elsewhere.

Please Try To Help Scotland by publishing this widely so that perhaps in time we can make a difference in what is one of the most beautifull parts of these United Kingdoms with immense potential but preyed upon by corrupt Scottish Parasites.