Thatcher:
‘within the context of
20th Century Industrial Strife’.
By: Geoffrey Collier
To evaluate the significance of Thatcher in the matter of Industrial strife, it is necessary to understand the
situations from which it arose early in the 20th Century.
Every age is able to invoke an image of itself in our collective consciousness. The pre-1914 years, evoke images of long hot summers; boating on the river, blazers and boaters, a gentleness, each knowing their place within a social order founded on the rule of law, gentlemanly conduct, and the ubiquitous standards of cricket in all human affairs. All this was to end in the mud of Flanders, and an Old World was to be lost forever. Such imagery shouldn’t be encouraged because it offends against that which we know to be true.
There was social disorder, violence, and industrial discord not equalled in any year since 1945. Let us look at the facts. In 1893, 30.4 million days were lost by strikes. Several subsequent years recorded 9-plus million 15.2 million in 1899, (the year the Boer War commenced) 1n 1912, 40.8. million strike days were recorded. The 30.4 mil, and the 40.8, million were never reached in any year over the past 65 years. The latter figure has not been anywhere approached in the post-1945 period. Many of those strikes, certainly not all, were protests against ‘lockouts’ by the employers to impose lower wages.
Many of those strikers gravitated to the infant Labour Party. They had two MP’ elected in 1900, 30, in 1906, 42, in 1910, 151, in 1924, and formed their first government in that year. Many, however, were solid Liberal supporters committed to laissez-faire. They argued that as the factors of manufacture included labour, capiltal, commodities and fixed assets (rent), it was wrong that market forces should be permitted to decide three of them, but not labour. The State should not employ their power against one group, while remaining aloof from the other three. It was seen as an arbitrary violation of laissez -faire. 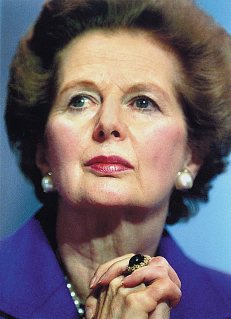 Not only was there much industrail unrest, but women who were not seeking the vote, for they had been granted that subject to property qualifications in the 19c. What they now wanted was the right to exercise that vote in parliamentary elections: changing the basis to vote to residential qualifications was an appendage, but that would apply equally to men if granted. The government viewed with concern middleclass, educated women, seeking to advance their political aims by violence. Trade unionists, in the main, were against giving women the vote. They had a grievance with women already swelling the labour force at reduced wages. The Suffragettes already had too close a relationship with the Temperance Movement for many trade unionists: reducing the pay and closing the pubs was not likely to endear them to industrial male workers. Conservatives feared that granting them the vote would accelerate the rise of the Labour Party. Liberals, obviously, saw them as an immediate threat because the industial areas were their territory. Elements in the two major parties, who were concerned with the Empire, believed that governing the Moslem parts of that Empire would be made more difficult. Progressives like Joseph Chamberlain, were quite reactionary when it involved ‘votes for women’.
What united different social classes was not always an economic interest, but a desire to be deemed respectable. That was the ‘buzz word’ of the time. Looking respectable, acting respectably, dressing respectably. Every home, however modest, tried to keep at least one room looking respectable. Millions of respectable people, each begging to be respected, were constantly under your feet. Thrift and sobriety were expressions of the same thing. What was undoubted was ‘respectability’ in sexual conduct. In the fifty years prior to WW1. the illegitimacy rate fell from 6 to 3%. To reinforce that evidence, births within nine months of marriage dropped by the same amount.
The serious social problems in those early years of the 20c were undeniable. The levels of health and literacy standards of those who volunteered for the Boer War was a matter of concern. Immediately after 1902 there was a range of social measures which was undertaken by the governments of that time. What would happen, they rhetorically asked, if we had to fight a major industrail European power? I wonder who they had in mind? Governments do little out of love; out of fear they will move mountains.
If you haven’t already read it. ‘The Strange Death of Liberal England’ written by George Dangerfield; a young Oxford post-graduate, is well worth reading.
Hopefully that has given you a flavour of early 20thC. Britain. I trust that at least something was interesting, and will help to form a basis for understanding the subsequent years.
I wish to complete this posting when I have obtained some statistics which I need. I don’t intend to spend much time on the inter-war years. While it is true that Industrial relations following 1945, never reached the level of violence; days lost due to strikes, and a dependency on the military to control and end strikes in the vital industries, as was deemed normal in the pre-1914 period; strikes,post-1945, nevertheless, were frequent, but their drama arranged for political opera, were less important. I believe, than is often presumed to be the case. How important or significant was Thatchers confrontation with the miners? I will give a couple of opinions in the next day or two. In 1954/55, 850 coal mines were operational in the UK. Even by the time Thatcher became Prime Minister, three quarters of them had ceased production. Her confrontation, I argue, was very much a final battle with a defunct Industry already in its death throes. That is not to deny that less than a decade earlier the mining industry had assumed a power of its earlier years. Under Heath, the role of mining in the vital economic survival of the country re-appeared over-night. Why did that happen, and why was it to continue its decline to virtual oblivion under Thatcher? It would be a mistake to attribute to mining the same economic importance in 1984, as existed in the early 1970’s. Let us leave that for the time being.
( While it is true that strike number after 1945, nerver reached those of pre-1914. the highest strike numbers ever recorded were 1921. with 85.7. mil. and 1926, with 162.2. mil. The latter figure included the General Strike of that year. Germany was exporting coal free of charge, to fulfil her Reparations obligations demanded at Versailles. (1919).
The previous year 1925, Britain has returned to the Gold Standard at too high a rate, which caused further problems. This immediately affected the miners and that industry was in dire straits. Baldwin subsidised coal but that was too little to deal with the total problem. The Triple Alliance; coal, railways and dockers, held strikes, objecting to ‘lock-outs’ to force miners to accept a wage cut and agree to work longer hours. ‘Not a penny off the pay, not a second on day’, became the rallying cry. Eventually it resulted in a nine-day General Strike. Those economic problems were further exacerbated following the 1929, Wall Street,Crash. While a very interesting period of history for those who enjoy studying these things; it cannot be seen within post 1945 situation.)

Thatcher came to power, despite many problems, in far better circumstances than Heath. She was the first PM to benefit from oil revenues. She also decided to lower the P.S.B.R. (Public Sector Borrowing Requirement) by selling-off the public utilities and other state assets which had taken 150, years to acquire. Irrespective of how better they could have been operated, they were a permanent collateral for the National Debt. Many have since privatisation been bought by foreign companies, which themselves are their respective governments’ subsidaries. Most unwise in my opinion. What net benefit to the nation actually remains?
Thatchers confrontation with moribund unions will not be her permanent legacy. The lasting effect for which Thatcher will be remembered, I predict, will be the Falklands War. That was the her only policy which had beneficial substance. Previous governments, and even Thatcher’s when first elected, had no real policy for those Islands. The Foreign Office and Diplomatic Service were reading the ‘papers’ and following events like the rest of us. Thatcher played it by instinct, and those instincts were right. The USA would have been quite happy to have seen the Argentinians win. Governed from Buenos Aires they would have acted as collateral for an ever increasing, and as it transpired, unsupportable American loans. Those barren islands are known to have gigantic oil reserves; in addition there are fish in abundance. Having given vitually all our fish to the EU, and oil is in danger of being designated an EU Common Resource. Supporting the Falklands makes eminent sense for the United Kingdom.

I’m sure that few will agree with all of this; but much, I believe, is substantially correct.
Geoffrey Collier.