Before considering howmany MPs Britain should have let us consider America & howmany they have:

Being a federal republic, the United States of America shares sovereign governmental power with the constituent States of the Union. 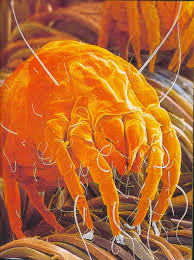 Thus, where in Britain with a population of about 60Million we have 642 MPs & 742 Members of The House of Lords eligible to sit!

The EU thus administers 500 Million alleged voters in 27 vassal states with 736 MEPs who largely have no say in any democratic terms. The supra national new state is in fact run by an unelected Dictator Committee of 27.

Then in real terms consider the fact that Russia and its accolyte and satellite states are ruled in almost exactly the same manner as The EU but by one man Putin and his puppet:

In neither system is there any meaningful democracy.

Clearly a new style of democracy is required in preparation for when these United Kingdoms leave The EU – either due to its inevitable collapse or when British politicians are forced to represent the interests of the peoples of Britain rather than their own venal self interest.

The system of Governance in The EU has absolutely no link between the electorate voter and the pretend representative.

The systems in both The EU and clearly in The UK are deeply flawed and thus the venal self interest of British politicians has caused Britain to be a vassal state in servitude to The EU which it largely funds on a negative basis with an estimated cost/loss of £1.8 Million per hour according to the Institute of Directors or as EUkip claim some £40 Million however Lord Pearson of EUkip and Gerard Batten a EUkip MEP give different figures!

Clearly we need considerably less MPs and the number of Peers is farcical.

A figure of 300 MPs and 100 Peers would seem much more reasonable when we leave The EU however it is hard to sell the numbers as it would remove a lucrative and self serving position from:
342 MPs
636 Peers
&
72 useless British MEPs

It is hard to convince turkeys to vote for Christmas!

Let us not pretend these people are anything other than total parasites who have betrayed both the electorate and OUR Country!

75%+ of Britain’s laws are now imposed by the EU with absolutely no meaningfull democratic process.

The balance of law in Britain is imposed under Article II, Section ii which clearly states that any law must be compliant with EU law!

Thus it is clear that there is absolutely no function for MPs whilst Britain remains a vassal state in the EU.

The House of Lords is similarly corrupt in that of its 742 sitting members many function on a series of corrupt and utterly reprehensible bribes to betray Britain as they are obliged to vote FOR issues relative to The EU to retain their incomes and numerous pensions yet they are not obliged either to tell the truth or declare their interests!

There is a suitable case for every single Peer to prorogue themselves or be fired as they are to a man untrustworthy!

Since before Britain was unlawfully subjugated to vassal status in the EU there has never been a single solitary prospective individual for elected office who has not stated before they were elected – of any party or persuasion – that the CAP (Common Agricultural Policy) is completely wrong and must be changed.
You will have noted that once elected not a single solitary politician has managed to alter a single solitary phrase in The CAP. No British Politician has managed to alter a single detail in over 30 years – it can thus be argued that thus no MEP for over 30 years has achieved anything of note NOT ONE!!

When you consider that British MEPs have achieved nothing for over 30 years but the EU has imposed more laws on Britain since our entrapment less than 40 years ago than in the presceding 800 years!

Now consider the costs of all these parasites – The cost of the House of Commons alone is approximately £100 Million a year and they do absolutely nothing worthwhile between the whole raft of them for as long as we are directly ruled by our enemies in The EU. 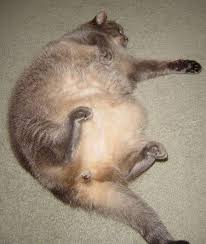 When you consider that no MEP has any meaningfull democratic input nor do they do a stroke of meaningfull work in fact they are not even directly answerable to anyone except their own bank account and slush funds. IF they decide to do something meaningfull that is merely by choice!

Without exception MEPs are a total irrelevancy and it would alter nothing whether they turn up or do nothing at home! They have absolutely no job to do other than act as rather low grade sales reps for the utterly corrupt EU.