Dominique VENNER – An Ultimate Act of Patriotism by a Frenchman to awaken the peoples of France to the evils of The EU!
Clearly we are not alone in our repudiation of the vile nature of the undemocratic and iresponsible experiment in social engineering and greed that is The EU!

I give you a simple guest post by Varg Vikernes, in memory of Dominique Venner whose antipathy, nay even loathing, of the institution of the undemocratic EU led to his ultimate gesture/act of courage or cowardice to draw attention to just how vile the EU is as a concept.

Clearly those of us who share Dominique Venner’s loathing of the harm being done to his country act in our different ways to eradicate this great evil which dominates every aspect of our lives largely against our will and indubitably without either democratic input or democratic output of any meaningful sense whilst both the EU, US & Britain are all too willing to use our troops as mercenaries in the odious and morally unjustifiable willingness to shoot, maim, orphan, widow and destroy the lives of others to force democracy and ethics on them – Democracy and ethics most clearly denied to the citizens of the various vassal states of the EU!

I would not advocate Dominique Venner’s solution to the problem to anyone however I can most definitely empathise with his feelings and admire his commitment – misguided as I may feel it to have been.

A great Pagan Frenchman and European, Dominique Venner, comitted suicide in Notre Dame in Paris today, to wake up his sleeping countrymen to the dangers Europe is facing in relation to so-called “multi-culturalism” and nihilism.

His suicide letter deserves all our attention;

I also encourage everyone to read the posts on his blog.

Mr. Venner did what he felt was the best for Europe. I hope his self-sacrifice will inspire other Europeans to act too, although I will not encourage anyone to do it in a similar fashion. His name will be remembered and he will return to continue his fight for Europe, in another life. Hail Dominique Venner!

A big thanks to Arcturus for giving me the link to his final letter.

« I am healthy in body and mind, and I am filled with love for my wife and children. I love life and expect nothing beyond other than the perpetuation of my race and my mind. However, in the evening of this life, in front of huge dangers for my French and European country, I feel the duty to act as long as I have strength. I think I need to sacrifice myself to break the lethargy that overwhelms us. I offer the rest of my life with the intention of protest and foundation. I chose a highly symbolic place, Notre Dame de Paris that I respect and admire, because it was built by the genius of my ancestors in places of earlier worship, which are recalling our immemorial origins.

While so many people are slaves of their lives, my gesture embodies an ethical will. I give death to myself in order to awaken the slumbering consciences. I protest against fate. I protest against the poisons the soul and against the individual invasive desires that are destroying our identity and anchors, including family, the intimate foundation of our millenary civilization. While I defend the identity of all peoples in their respective homes, I also protest against the crime of replacing of our people.

Since the dominant voice can not get out of these toxic ambiguities, it is the Europeans who must draw conclusions. We do not have now a religious identity that tie us, but we share from Homer a own memory, repository of all the values ​​on which we can rebuild our future rebirth out from the thought of the unlimited, source of all negative modern excesses.

I apologize in advance to all those who will suffer from my death, and first to my wife, my children and grandchildren, as well as my friends and followers. But once the shock of pain will be faded, I do not doubt that the one and the other will understand the meaning of my gesture and transcend their sorrow to pride. I hope those will work together to last. They will find in my recent writings the foreshadowing and the explanation of my gesture.

* For more information, you can contact my editor, Pierre-Guillaume Roux. He was not informed of my decision, but he known me for a long time. » 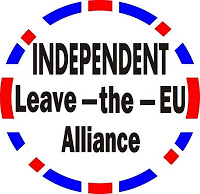 . Re-TWEET my Twitterings
& Publicise My Blogs
To Spread The Facts World Wide
of
OUR-ENEMY-WITHIN
&
To Leave-The-EU

One thought on “Dominique VENNER – An Ultimate Act of Patriotism”