one is forced to ask, in the light of the lack of substance in the material, whether Julian Assange has in fact been duped.

There would seem to be no important material amongst the Wikileaks & does it not seem strange that an International Arrest Warrant has been issued or more to the point a EUropean Arrest Warrant where no proof is investigated nor required not even evidence and a perfectly innocent individual can be hauled off to be incarcerated in an alien jail.

Whether guilty of the murder or not can it be seen as just to have held the American girl Amanda Knox in jail for a year before her trial for the murder of the poor girl in Perugia – but that is EU law for you!

Now we see Julian Assange subject to an EAW and his crime we are told is having sex with two mature women who had befriended him but failing to use a condom!!!

Is WikiLeaks just America using a sap to empty their dustbin to avoid continuation of care and classification for this low grade prattle of its less relevant public servants and paper pushers? Alternatively could it be a smoke screen – not dissimilar to the largely jingoistic garbage put out by Jeff Rense and his Mormon Tabernacle puppets, muppets and gossip columnists or even much of the ill researched material of Alex Jones and his devotees – we know Arctic Beacon and Greg Semanski (sp?) are believed to be CIA operatives.

We are not alone and have our own Snake Oil salesmen and nutters peddling drivel to the underbelly of life and the gullible – the likes of Brian Gerrish with his risible UK Column, David Icke with his befooled and befuddled following or Jim Corr with his paranoias and quaint corn cob Irish Bog tales of being chemically sprayed and more!

Little in life is as it may seem at first glance – you may still be behind the 8Ball & think Westminster makes our laws and sets our taxes, sadly dream on!

However when you look at the news stands and study the front pages of the Newspapers arrayed before you they too have little or no news – Just an array of tittle tattle and gossip about mostly non entities.

When did you last see a NEWS story – yes I accept natural disasters DO feature but even then in a soap opera sort of way – one has to go off and track down the facts on the internet.

Following in the style of a friend of mine we now have the self serving Wimbledon lad Alex Salmond trying to point score to strengthen his Scottish Nasty Party – he is promising Free Degrees at Scottish Unis. can we be sure they will not just be massively dumbed down Polytech qualifications from embarrassingly irrelevant organisations like Stow College with its irresponsible wee puffed up failures like Matt Quinn involved in offering degrees in Meeja Studies!!!

In fact did Alex Salmond mean The Three Degrees? 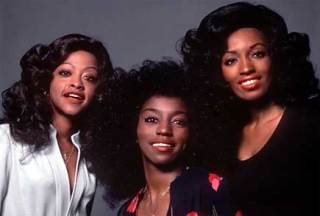 An interesting view found subsequent to my views above!