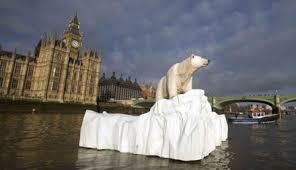 I just read through this thread at CLICK HERE.

In your search for truth as a product of a biased education and broadcast system:

One point I believe you overlook is that a large percentage of so called science is grant funded – thus to obtain grants you are required toi accept required wisdoms!

Have you read the appendix to the IPPC report? You will note they clearly state the report is unsound!

Have you read the Oregon Declaration? Signed as I recall by 17,500 scientists in the field of climatology in one way or anothrer who have denounced the principle of man made warming, of consequence.

Are you aware that CO2 increase lags temperature change, in the ice, soil and fossil records.

Follow the money!! You will find the mantras of Global change and climate warming have a greater similarity to a religion of Mamon than a science.

I suggest if you wish to enter sciences when you graduate (including teaching) you toe the Party line and tell the lies about Warming Globes and changing climates.

If you have no need of Grants nor Government employ you can tell the truth – as we drift towards a Maunder Minimum and be reminded the fossil/geological record would seem to indicate some 28 or 29 ice ages so far (some greater and some smaller).

Good luck (’cos you are going to be paying my pension if we survive the economic illiteracy and venal stupidity of our current politicians!)

I unfortunately forgot to point out:

02. The central bowl of Antarctica is the largest glacier in the world, sliding inexorably north to the Atlantic from the open ring of mountains which are to its Indian Ocean & Pacific rim. Not surprisingly the ice falls off the end of the glacier, the speed of which is predicated more by snow of 5 Centuries ago than temperature of today!

03. That the ice is melting to The Weddell seems unsurprising and so would you if you were seated on volcanic vents spewing magma!

04. Due to increased cold over the last few centuries Greenland is no longer Green and the North West Passage has been iced over.