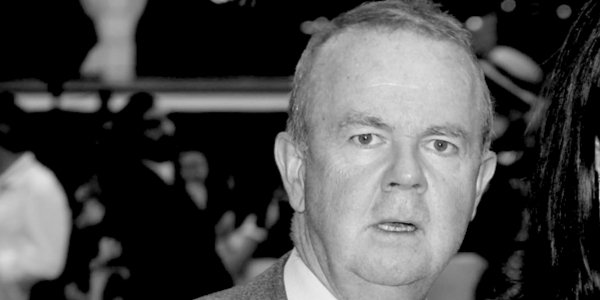 DETECTIVE Shay Monyou was no ordinary BBC cop. This was one virtue-signaller who did things her way. You don’t get to the top of the Moral Grandstand doing things by the book.

But the boys at the BARB didn’t mind. They rated her and that was all that mattered. Authenticity don’t butter no BAFTAs – messaging is all that counts. And in that, Shay and all her pals in the condescenti had a common purpose.

But now she’s been tempted out of retirement for one last cover-up.

The public were asking questions about Ian Hislop, Britain’s best loved Private Eye. They had to be stopped. And when she stalked the mean tweets of London, nobody suppressed free speech and independent thought better than social media cop Shay Monyou.

The word on the tweet is: WTF happened to Hislop? People saw him as a maverick who spoke for them.

Now he’s more like a Media Munchkin, celebrating our predicament like we’re the Wicked Witches of the West.

They’re starting to ask: who turned Mr Media Balls into a EUnuch?

Monyou heads to Common Purpose HQ, deep in the bowels of Boho (or Broadcasting House, as the civilians call it).

The top brass at the meeting include Jon Sweeney, formerly a respectable journalist but now heading the newly formed Zeitgeist Squad (motto: prae turba ante ad currendam – ‘run in front of the mob and pretend you’re leading it’).

Sweeney shows Monyou the worrying comments that have appeared on a website called The Conservative Woman.

There’s one from someone called LordofMisrule: ‘Just had a quick look at the new issue of Private Eye. The front cover is dedicated to May’s legacy and is a blank page. Another case of the Eye spectacularly missing the target. If only her legacy was that harmless. It is far more toxic. Although I suppose the Remainer crowd who run the Eye nowadays wish she had just stopped Brexit altogether.’

Another named digoridoo said: ‘The toothless faun Hislop. Wonder what Peter Cook is thinking, in whichever Hades bar he’s propping up at the moment.’

Graham Reakes sniped: ‘Hislop has become very wealthy on the back of HIGNFY. The BBC have effectively bought the editor of Private Eye.’

LordOfMisrule replied: ‘Indeed they have. It is very difficult to imagine Ingrams or Christopher Booker being bought in that way.

The Eye needs a new editor to recover the anarchistic spirit of its glory days. Under the current management it has become part of the Establishment it affects to oppose.

‘When Richard Ingrams was editor he genuinely risked going to prison and losing everything by taking on Goldsmith. It is very difficult to imagine Hislop putting his comfortable life at risk. The old guard at the Eye were furious when Ingrams anointed the young Hislop as his successor. At the time they seemed like a bunch of bitter old hacks but I now wonder if they might have had a point.’

‘No,’ says Sweeney. ‘Watch this video, and go ten minutes and twenty seconds in.’

That laddie was not for turning. The plan for the ‘Geist Heist’ seemed flawless.

‘We switched him out and he’s played by an android with artificial intransigence,’ says Sweeney. ‘He looks stubborn and independent-minded, but he’s a regular Poser Nostra. The problem was, he spent too long with myopic Left-wing comics with horizons so narrow they could split hairs. If you spend long enough in the BBC, you become institutionalised. Even decent comics end up getting Stockholm Syndrome for the safe space. The artificial Fun-Bot didn’t have a chance to stay straight.’

‘Not until now. We gave the actor some Straw Men to attack, so people would still think this was a satirist with balls. But people have started to see through his Phoney Cojone act.’

‘So what do you want me to do?’ asks Monyou.

‘We need you to do a cover-up. You’re a cop, isn’t that what you specialise in now? Get your friend Shami to help with you with the whitewash if you like. But I want people to start liking Have I Got News For You again. And I’m giving you 14 days to make Private Eye funny.’

This case was going to be a lot tougher than it looked.